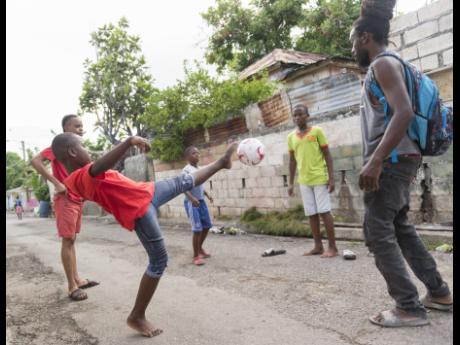 Gladstone Taylor
“Sports could make a big impact in Jones Town because most of us who are 'ballers don’t have anything else to do except play ball." 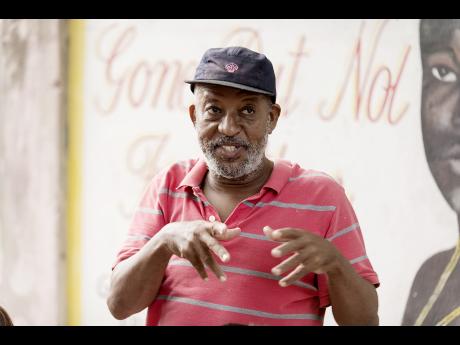 For the past several years, there has been a lull in the gang war that has rocked the south St Andrew community of Jones Town for decades, and several residents are convinced that a general election and sports were the catalysts for the peace they long desired.

"The specific day when things started to change was an election day (2011), and men from this side were fighting against men from over that side," Marcelino Blackburn told a Gleaner/RISE Life Management On the Corner with Unattached Youths forum at the intersection of Love and Byrnes streets in Jones Town last Thursday.

"Both of us vote for the same side; so how you must come shoot me and me and you voting for the same party. Is that quiet it. The youth them just sort out themselves and see that it is big foolishness. We shouldn't even be warring in the first place," added Blackburn.

He said residents in the entire community are doing everything they can to maintain the peace, and that is where sports come in, specifically football.

"What mostly brings back the peace 100 per cent is that Craig Town have a corner league football competition every year," interjected Junior Brown, as other participants chimed in.

"The football competition causes the whole community to come together," said one female in the gathering, as she argued that a netball competition in the area could take off among the women.

"Sports could make a big impact in Jones Town because most of us who are 'ballers don't have anything else to do except play ball. What we really need are equipment, gear, and financial assistance," added Junior Brown.

He noted that the closest proper football field to Jones Town is in the neighbouring community of Arnett Gardens, with residents of his community making do with any clear space where a ball can roll.

The residents said the community once thrived in sports but the violence over the years dampened those activities.

Now, with a lull in the gun firing, they say some non-governmental agencies have been trying to restore sports and other skills-training opportunities in the community, but funding is a major problem.