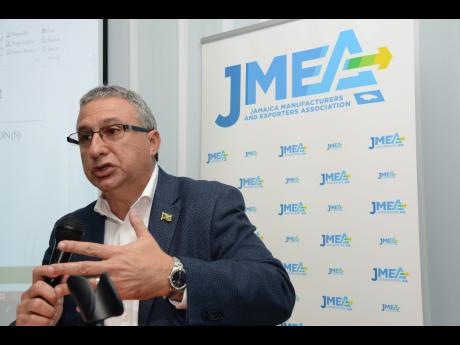 Announcing that he will be stepping down as president of the Jamaica Manufacturers and Exporters' Association (JMEA) shortly, Metry Seaga said while he is proud of the steady progress of the sector over the years, more intervention is needed at the policy level to provide easier avenues for manufacturers to grow and expand.

"We (exporters and manufacturers) have laid our foundations in Jamaica, creating jobs - most times in vulnerable communities, saving and generating foreign exchange that contributes to the running of this country in a major way, as the second-highest tax contributing sector to the Government," he said.

"And even with all of that, we don't stop doing and giving. Spending thousands to millions of dollars to fill the gap of the state, to provide for vulnerable children, training the unskilled, assisting our nurses, police and teachers, cleaning up the environment, and many more corporate social activities," he continued.

Seaga indicated that Jamaica will continue to fail to achieve its maximum potential if public officials fail to understand that a strong and vibrant export and manufacturing economy equates to a better life for all Jamaicans.

"We need money. Capital is the lifeblood of export and manufacturing; when we can't access affordable capital, especially the MSMEs, it creates a clot in the system. The JMEA has started the discussions with the Government and the Jamaica Bankers Association. If we don't solve this issue quickly, we are going to starve our companies of the necessary oxygen they need to survive," he declared.