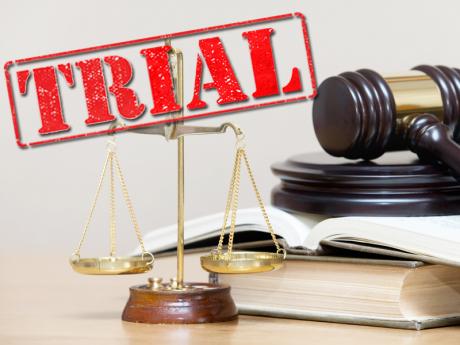 A judge has ruled that Livingston Cain, the juror being tried for allegedly attempting to bribe other jurors in the Vybz Kartel murder trial, has a case to answer.

The ruling was made today in the Kingston and St Andrew Parish Court by Parish Judge Maxine Ellis during the long delayed trial.

Cain was arrested at the Supreme Court in 2014 minutes after jurors in the Vybz Kartel murder trial voted 10 to one to convict the popular entertainer, his mentor Shawn Storm and two other men of killing Clive 'Lizard' Williams.

He was charged with six counts of attempting to pervert the course of justice.

During his first court appearance, Director of Public Prosecutions Paula Llewellyn charged that Cain offered the jury foreman $500,000 to convince others on the 11-member jury to find Kartel and his three co-accused not guilty.

According to Llewellyn, the foreman recorded Cain telling her he realised that she had some influence over the other jurors and that he wanted her to "come to a not-guilty verdict against the five accused".

But following the judge's ruling today, Cain took the witness stand and denied that he attempted to bribe other jurors.

He testified, too, that he formed the view that prosecutors had not presented enough evidence against Kartel and his co-accused.

Cain said he formed this view based on the testimony of the main prosecution witness, who indicated that he was in Havendale, St Andrew, at the time Williams was killed, although phone records placed him in Portmore, St Catherine.

He also testified that other jurors were "fooling around" in the jury room and were not taking the case seriously. Cain said he kept reminding them that this was a murder trial and they should take it seriously.

The trial is scheduled to resume on January 9 next year.