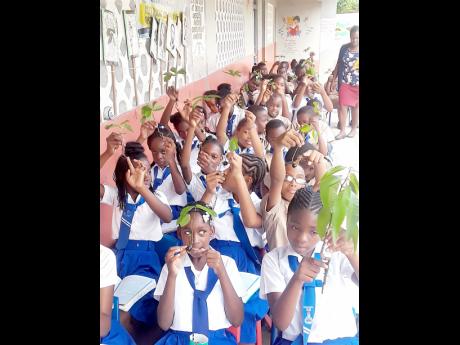 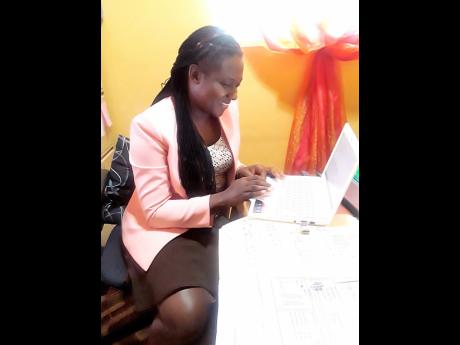 Tucked away in North Central Clarendon, just about six miles from Chapelton is the Morgan's Pass All-Age School.

While it may not one of those 'name-brand' institutions, Principal Hikeba Haase could not be more proud of the school she leads and its stakeholders.

Haase, who was tasked with principal duties at the institution in 2008, had a challenge on her hands of changing the negative perception most had of the school.

"Many of the community members labelled it as a school where 'nutten nah gwaan' to the extent where there were only 53 students enrolled," Haase told The Gleaner.

She said at the time, staff morale was low, the students' performance was unimpressive and the learning environment was ripe for transformation.

"Several students from the district refused to attend the school because parents were unimpressed with its progress and programmes," she recalled.

In 2008 when Haase took over the reins at the school, the results for the Grade Four Literacy and Numeracy Tests were 54 per cent and below 50 per cent respectively.

The Morgan Pass All-Age's below-average performance in literacy and numeracy saw it being chosen as one of 72 schools in 2009 for intervention by the Jamaica Basic Education Programme, in collaboration with the United State Agency for International Development operating out of the Ministry of Education.

Fast track to 2018 and today Haase is brimming with pride because some of her Grade Six Achievement Test students got such good grades that they were placed at schools such as Campion College, Glenmuir, Wolmers' and Westwood.

She will be the first to tell you that it is the result of her initiating programmes, instilling confidence and boosting the morale of the stakeholders at the school.

"Under the stewardship of the present administrator, board of management and a very small, but devoted academic and support staff, parents, students and the wider community, there has been a tangible transformation in the last decade," she said, praising the stakeholders for their work in helping to turn things around at the school.

To help improve their performance, Haase said the school has made it mandatory for all students to be members of the reading, mathematics, and environment/Jamaica Moves clubs.

Still, as Haase looks ahead to further successes at the school, she said they now need urgent assistance for the electronic technology curriculum.

"Currently, the Morgan Pass All-Age has only two working computers and no laptops and Internet access. Cell towers are probably needed for better Internet connectivity. Lack of Internet service creates great inconvenience," she said, adding that as a result, she has to utilise her Internet at home to do the school work.

The institution, she said, is also in dire need of human resources, having to cope with only four relatively new, overworked classroom teachers.

"A substitute or part-time teacher is badly needed. When teachers are absent for workshops or personal business, instructional delivery is short changed. I have to make myself available to teach frequently, which at times is tiring and creates backlogs in administrative duties," she said.