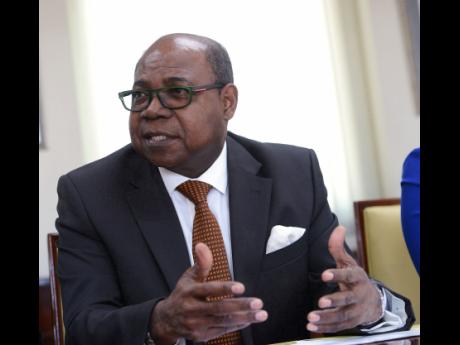 The tourism sector has once again come under fire. This time resorts have been accused of paying out big money to victims of sexual assault to stay silent.

The plight of several women was highlighted in an article titled "Jamaica resorts covered up sexual assaults, silenced victims for years" which was published by the Detroit Free Press, which is a part of the USA TODAY Network. The investigative piece pointed to a number of victims who told horrifying stories of how a major resort in Jamaica, ignored their complaints of sexual abuse and instead paid large sums of money for them to cover up their stories or offered other incentives.

"The 18-year-old au pair vacationing in Jamaica had no idea how she wound up in a bathroom near the pool until hours later: She had been drugged and raped, she said, and the resort did nothing to help her," the article stated.

"Instead, the resort paid her American host family $25,000 as a refund for the July trip and had the parents sign a nondisclosure agreement, vowing to never speak of the incident."

Other stories in the article include a West Virginia family, A New England family, an Atlanta mother, a Kansas City woman and a North Carolina couple, all of whom reported that they were given special favours and paid to not report what they described as extreme acts of sexual harassment.

Tourism Minister Edmund Bartlett however made it clear that he has never taken a complacent approach to acts of violence that tourists would have encountered and will continue to reject any form of sexual harassment against visitors.

"We are very concerned about the allegations of sexual assault against those visitors involved and wish to indicate our total rejection of this behaviour in the industry," he said.

"I have established a destination assurance strategy and engaged an international security expert, Dr Peter Tarlow, to coordinate a comprehensive audit of all our tourism properties and to guide the development of a new architecture for visitor safety within and off properties in Jamaica," he continued.

Bartlett added: "Reports of this nature, true or false are not in the best interest of tourism nor our destination and we are determined to eradicate all traces and institute strong measures in defence of the rights of all our guests."

The new report comes a little over a month after the Detroit Free Press revealed that 78 U.S. citizens had been raped in Jamaica according to State Department statistics from 2011-17.

Earlier this month, British High Commissioner to Jamaica Asif Ahmad revealed that the United Kingdom was also concerned about the number of sexual assaults taking a place against its citizens and committed by workers in the local tourism industry.