No improvement expected for hospital overcrowding until March 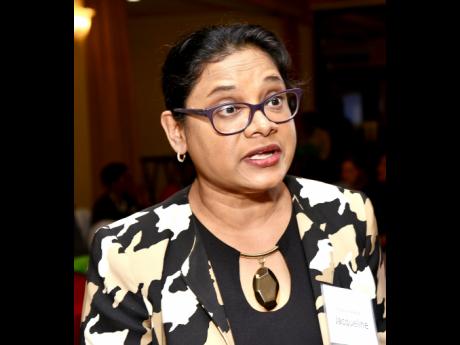 The health ministry has disclosed that citizens might have to wait until March before seeing improvement in the overcrowding challenges currently facing some of Jamaica's hospitals.

Addressing a press briefing Wednesday, Dr Jacquiline Bisasor-McKenzie, chief medical officer in the ministry, said this was due to an increase in dengue and influenza (flu) cases.

Bisasor-McKenzie said a possible solution currently being worked on is to renovate a ward at the St Joseph's Hospital in Kingston, in order to alleviate the pressure from the Bustamante Hospital for Children and the Kingston Public Hospital, which are currently experiencing serious issues.

"We recognise that this is a problem that can go straight until March. So from September to March each year, we do have this peak, and what we are trying to do is to put in place systems now that will be responsive every year, that we automatically go to these emergency procedures to prevent the overcrowding and lack of beds in these hospitals," she said.

McKenzie said the majority of cases for both dengue and the flu will be a mild. She advised citizens, however, that once they start experiencing complications, such as bleeding, they should seek urgent medical attention.

She indicated that the challenges at the health facilities are compounded by the fact that they are receiving far more trauma cases.

"We also have a situation where we have more elderly persons being taken to the hospital, so that really adds to the beds being taken up for longer periods," she explained.

"Even though our rates of admission have not increased, because persons are staying longer, they are not getting on to a bed and so they are waiting for longer periods in the emergency departments and sometimes on the ward."

In the meantime, Dr Simone Spence, head of the health promotion and protection branch, expressed concerns, noting that there has been some level of inactivity when it comes to household involvement in controlling mosquito breeding sites.

Spence said repeat visits to some homes and communities have revealed that about 62 per cent of homes are still having active breeding sites.