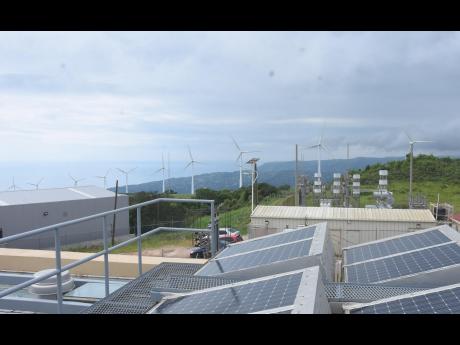 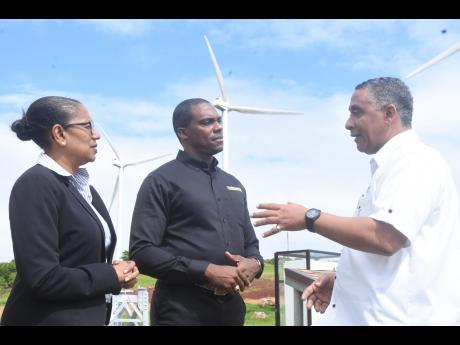 Refinancing these PetroCaribe loans now allows the wind-powered electricity provider to proceed with offering its shares to the public in the first quarter of 2019, Deans said. JN Fund Managers handled the debt placement on behalf of Wigton and the Development Bank of Jamaica (DBJ), which is managing the overall divestment of the state-owned power generator.

"We found that local pension fund managers, along with other local institutional investors, were very receptive to the series of bonds offered," Deans stated. "The entire process was completed by December 18, 2018."

A wholly owned subsidiary of the Petroleum Corporation of Jamaica (PCJ), Wigton operates a 62.7MW wind farm complex and is

the largest wind-energy facility in the English-speaking Caribbean. Wigton was built by the Government to diversify Jamaica's energy mix and commenced operations in 2004 with 20.7MW capacity, then expanded to 38.7MW capacity in 2010 and to 62.7MW in 2016.

"The bonds were attractive to those investors seeking longer-term fixed-interest securities," the investment banker pointed out. "In addition, the yields were attractive, based on current capital market conditions."

Twenty-three government owned assets have been privatised by the DBJ since 2009, and the Wigton transaction represents a new stage of its privatisation programme, which seeks to introduce other modalities, including the listing of entities on the Jamaica Stock Exchange.

The DBJ is steering the privatisation of Wigton through its Privatisation and Public-Private Partnership Programme, which encourages local ownership in the economy by providing investment opportunities to the private sector.

Dr Nigel Clarke, minister of Finance and the public service minister, has recently publicly advocated a new thrust for the Government to utilise the local capital markets to open up broad-based access to the ownership of publicly owned assets.

Denise Arana, general manager, public-private partnerships and privatisation services at the DBJ, pointed out, "We have worked very closely with the Petroleum Corporation of Jamaica and Wigton Windfarm to execute this transaction.

"The refinancing of the PetroCaribe loans by Wigton Windfarm represents reflows to the Government of US$49.2 million and paves the way for the Wigton Windfarm IPO (initial public offering), which is expected to be on the market by March 2019," the DBJ executive explained.