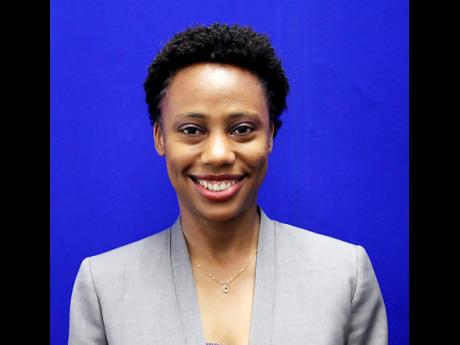 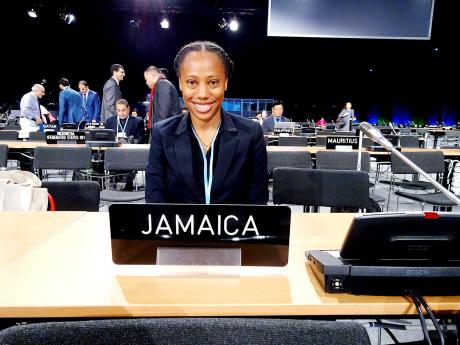 THREE MONTHS into her new role as senior technical officer for adaptation with the Climate Change Division (CCD) of the Ministry of Economic Growth and Job Creation, and fresh from the recent global climate talks in Katowice, Poland, Le-Anne Roper has no illusions about the 'heavy lifting' involved in her work.

In fact, she welcomes it and is keen on ensuring she makes her mark, serving as part of the team tasked to help Jamaicans see the value of climate change adaptation and with creating the enabling environment that allows them to take the steps required to build individual and collective resilience to impacts, including extreme weather events.

The Caribbean came face to face with such events during the 2017 hurricane season, when hurricanes of up to Category 5 devastated sections of the region, leaving in their wake several lives lost and billions of dollars in damage, while also making the case for adaptation, particularly for vulnerable countries.

"Thus far, it's been a good experience," Roper said of her new job. "There're lots to do, so one thing I'm learning off the bat is that time management is important so as not be overwhelmed by it all. As the officer responsible for adaptation, I'm aware of how important my role is in supporting Jamaica to be more resilient, and I intend to do all I can in this regard."

To date, Roper said the most "eye-opening experience" has been the climate change negotiations in Poland in December.

"Though I have attend two conferences prior, it was in a different capacity and a much shorter period than the three weeks I attended this year. I was able to better grasp the complexities of getting the world to agree on what needs to be done when priorities across countries can be as far as the east is from the west," she revealed.

"I also understood even more what's at stake and the sacrifices we need to make to ensure that we can truly adapt to climate change, while also taking into account limits to adaptation. It will be a challenge, but I'm up for it," Roper added.

According to the former sustainable development planning officer with the Planning Institute of Jamaica, climate change has long held her interest.

"Climate change has been a passion of mine for years, so much so that it was a specialisation when I did my master's degree a decade ago. When the opportunity arose, I felt that I should throw my hat in the ring, as it's something I knew I could do. My predecessor excelled in the role and set a great basis on which to continue to expand Jamaica's adaptation efforts, and I knew I could continue this important work with the wealth of experience I gained at the Planning Institute of Jamaica," she noted.

Thankfully, her efforts to date have been aided by the small but dynamic team at the CCD and her predecessor, Dr Orville Grey, who is now employed to the Green Climate Fund in South Korea.

"Dr Grey has been nothing but supportive. He has an open-door policy so to speak, and I've been able to check in from time to time to get advice or ask questions, as needed. I know he's rooting for my success and that of Jamaica, so he will always be on hand to lend us a hand, where appropriate," she added.

The holder of a master's degree in natural resource and environ-mental management and a bachelor's degree in pure and applied chemistry, Roper said she is committed to working collaboratively with stakeholders to realise success in her role.

"My one goal is to play a part in building the country's resilience through sound, effective adaptation measures, particularly for those most vulnerable and in the most critical sectors of our society. I hope to do this through, inter alia, working alongside stakeholders at all levels, understanding the needs, and helping to fill the gaps where it's in my ability to do so," she said.

"I would love to be able to see Jamaicans talking about adaptation as a necessary part of life and, more importantly, actually adapting. I also want to bring greater light to the issues of our limits to adaptation and seeing how we can incorporate this in how we plan and develop," Roper added.

On being female in a field that has typically be dominated by males, she said what is important is that she does a good job and sets a great example for other women to emulate.

"It's about being competent to carry out the job that needs to be done. I can only hope that in doing my job well, I can be an example of how women can excel and achieve whatever we put our minds to," she said.