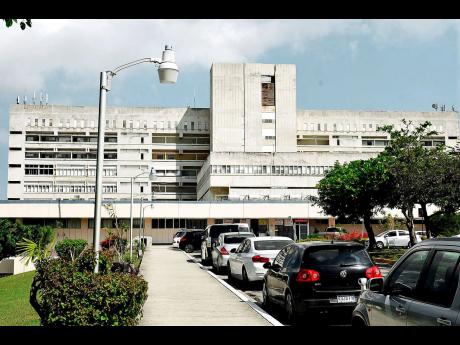 Green Island High School, in Hanover, remains in mourning after one of their grade-eight students, 13-year-old Lenard Forrester, died last week from a suspected case of dengue hemorrhagic fever. The country is currently fighting an outbreak of the disease.

The young man's father, Clinton Forrester, said his son, who resided with him in Salt Spring district, Hanover, became ill on January 12 and was rushed to the Noel Holmes Hospital in Lucea, where test results showed dengue-like symptoms.

The medical staff at the Noel Holmes Hospital reportedly told the boy's father that there was no doctor at the facility to deal with his son's case and as a result, he was transferred to the Cornwall Regional Hospital (CRH) in Montego Bay, St James.

Although his son was eventually admitted at the CRH, the father said the process was frustrating and has left him quite upset with the hospital.

"When we reach over Cornwall Regional Hospital at about midday on Monday, we had to wait about eight hours before him could get a bed," said Forrester. "I am personally not pleased with how my son was treated at both Noel Holmes and Cornwall. After my son was taken to the trauma department at CRH, he was not admitted on the ward until about 10 o'clock Monday night."

Forrester said the conditions on the ward were substandard. He said he had to use his electrical skills when he visited last Tuesday to make his son, the other patients and the medical staff at the hospital comfortable.

"A me have to tek out me tool out of mi toolbox and fix two fans on the ward," said Forrester.

"On Wednesday, dem summon me to the ward and tell me dat me son died."

According to Forrester, he began fearing the worst late Tuesday afternoon when his son's condition began to worsen, as the dengue-like symptoms became more obvious.

"Dem say dem have to go do post-mortem because the results from the test them nah come back for about three weeks to four months' time, and them have to find out what is the official cause of him death," said Forrester.

Tears flowed at Green Island on Friday as young Forrester was not only a promising student, but was also involved in extra-curricular activities, representing the school in chess.

The parish of Hanover was recently given a passing grade by the minister of health, Dr Christopher Tufton, who said the Aedes aegypti mosquito eradication and Dengue Prevention Programme were going well.

Last week, the Jamaica Association of Public Health Inspectors issued a statement expressing regret that Jamaica was experiencing another outbreak of a mosquito-borne disease. They said they fully support the national efforts, led by the Ministry of Health, to combat the outbreak of dengue fever, given the impact of the outbreak on the population, particularly children.