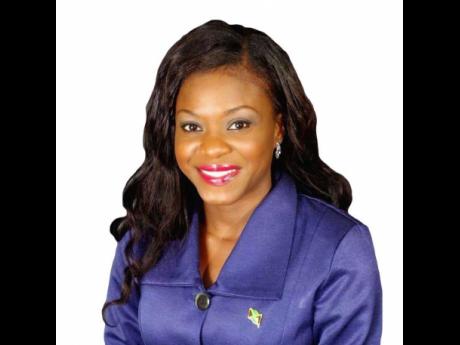 Councillor for the Spanish Town division of the St Catherine Municipal Corporation Kenisha Gordon has assumed responsibilities as first vice-president of the Port-of-Spain-based Caribbean Association of Local Government Authorities (CALGA) after she was unanimously elected at its recent annual conference held in Port-of-Spain, Trinidad.

Gordon, who is viewed as a strong proponent of local government reforms in Jamaica, was nominated by newly elected president Alderman Roberts of Trinidad and Tobago. The new VP toldThe Gleaner that she was humbled by the confidence displayed in her by her colleagues from the 12 Caribbean Commonwealth countries that make up the organisation, which was established in 1991.

“I hope that I will be an example to propel other young people to get involved in decision-making processes that relate to the development of their communities and country.”

“A significant part of my appeal is my understanding of local-government issues, my strong support for reforms, and my passion for sustainable development,” she stated.

The 31-year-old three-term councillor further stated: “My respect for the significance of local government for national development has ignited the aggressive representation I display in municipal corporation general meetings for the people of Spanish Town.”

“My election to the CALGA executive comes on the heels of Jamaica’s municipal corporations’ thrust to localise the 17 global goals or sustainable development goals of which one is in south Trelawny, Jamaica,” Gordon toldThe Gleaner.

The young vice-president will serve for two years and will be responsible for the international relations portfolio. As a result, she is charged with the responsibility to strengthen local-government ties within the Commonwealth Caribbean and establish partnerships with major players in local government across the world to better the existing systems in the Caribbean.