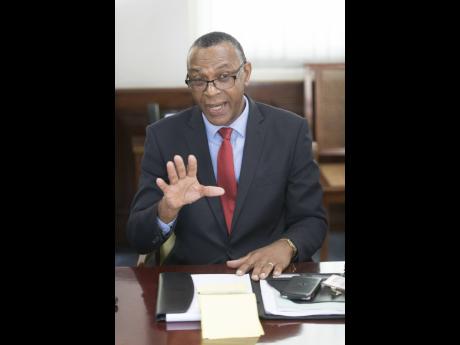 It is reportedly taking two years for the Teachers Appeal Tribunal to hand down written judgments in cases brought by teachers who were suspended or dismissed by school boards, leaving several educators jobless and hopeless.

Information reaching The Sunday Gleaner is that several administrative issues have hit the tribunal, including at least three periods where it could not operate because it did not have its full complement of members.

This has resulted in the written decisions of the tribunal not being sent to the schools, or the affected teachers, for as long as two years, while others have been waiting several months just to have their cases heard.

Secretary General of the Jamaica Teachers Association (JTA) Byron Farquharson last week confirmed that teachers were being affected by the long delays for written judgments.

“Meeting and hearing cases are ongoing activities. But there was a break in the hearing because a member of the tribunal who is a lawyer resigned. Then the chairman Alphansus Davis resigned and it took some time to replace him. And then another team member left,” Farquharson told The Sunday Gleaner.

“The JTA member of the committee was always there. The challenge we are having is that some cases have been heard but the verdict has not been written. The verdict has to be written as word of mouth won’t do. That’s the information the JTA is getting.

“We know of two cases heard in 2016, but the verdicts are outstanding," added Farquharson.

He said the long wait, “Is causing misery for the teachers, because while it is not so bad if judgment in the teacher’s favour as they will have to be reinstated and paid outstanding monies. But when the judgment is against you, you have nothing to look forward to. But in either case you still don’t know.”

According to Farquharson although the JTA represents the majority of public school teachers, it is not always present at sittings.

He noted that teachers have gone before the tribunal with legal representation, while the JTA have assisted, or represented individuals who were set to have their cases heard by the body, which is now hearing cases that were brought in 2016.

That long wait for the cases to be heard is hurting Anthony Morgan who told The Sunday Gleaner that he was dismissed by his school board and had been waiting for 19 months for his case to be heard when he first contacted our newsroom last September.

“I wonder if the people who are in the position to get these cases heard know the pain and suffering we as teachers are going through. We cannot seek full employment in the public schools because a hearing is pending,” said Morgan.

“We have family to feed and other obligations to take care of, yet they casually and carelessly go about doing their jobs that affect so many lives …,” added Morgan.

He further told our newsroom: “I am very upset about the time it is taking to hear these cases so that teachers can get on with their lives. These inefficiencies in government are contributing factors to why our beloved country cannot move forward.

“Yet still those who are in high positions are paid fat salaries for doing little or managing ineffectively, while those who are making more valuable contributions to build this nation are having to suffer as a result of their 'don't care' attitude.

Last September the JTA indicated that it was aware of 20 cases to be heard by the tribunal which was not sitting at the time.

In response Education Minister Ruel Reid told The Sunday Gleaner that the Cabinet had approved the appointment of attorney-at-law Saverna Chambers to replace a member of the tribunal who had resigned. Chambers was slated to join Judith Clarke, who chairs the tribunal and Cyril Leabert on the three-member body.

Efforts to get an update from the Ministry of Education have so far been unsuccessful.

Under the Education Act, a teacher who is aggrieved by any action taken by the school board may appeal to the Teachers Appeal Tribunal within 28 days after the date of the action.