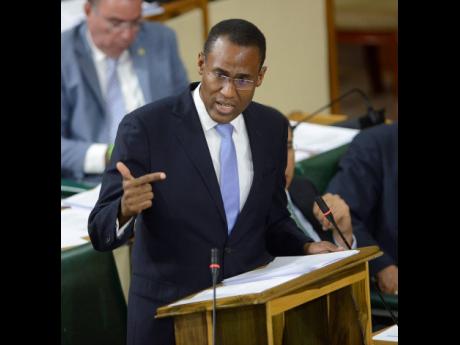 Last year, the Government announced no new taxes. This year, the administration set out a series of reforms that will give back $14 billion to the country through various ­avenues, including:

1. Increase in General Consumption Tax (GCT) threshold for businesses from J$3 million to J$10 million per annum. Persons who conduct business collect GCT from their customers, and these business are, therefore, required to report these collections by ­filing taxes with the Government on an annual basis. Normally, if a ­company’s sales are less than $3 million, it would not have to file any taxes. Now, persons with annual sales of less than $10 million do not have to file. From this, the Government expects a loss of revenue of $731 million.

2. Replacement of the original Stamp Duty with a flat rate of $5,000 per transaction instead of the ad valorem tax that charged a percentage of the value of the goods or assets in the transaction. From this, the Government expects a loss of revenue amounting to ­approximately $6.650 billion.

3. Reduction in Transfer Tax ­payable on the transfer of property from five per cent to two per cent. Normally, when people buy and sell property, it attracts a Transfer Tax. A reduction in percentage will make the ­process cheaper. From this, the Government expects a loss of revenue of $3.431 billion.

4. Increase in the Transfer Tax threshold applicable to a deceased person’s estate from J$100,000 to J$10 million. From this, the Government is expected to give up $287 ­million in revenue.

5. Abolition of the Minimum Business Tax of $60,000 per annum. From this, the Government expects a loss of revenue amounting to $1.093 billion.

6. Abolition of Asset Tax for non-­financial institutions imposed annually on companies. From this, the Government expects a loss of revenue of $1.093 billion.

These six measures combined will result in a potential loss of revenue to the Government of approximately $14 billion.

How does this compare to revenue measures over the last couple of years?

For the 2018-2019 financial year, there were no new taxes, but in previous years, the Government was in the habit of ­increasing taxes. The noticeable changes in the Budget for the 2017-2018 year were: increase in the travel tax, with estimated revenue receipts of $3.5 billion. Increased passenger levy, with revenue intake of over $1 ­billion. Increase in Stamp Duty, with expected revenue receipts of $1 billion. A guest ­accommodation room tax was expected to yield additional ­revenue of $250 million. There were also new tax measures introduced in the previous Budget.

First, and the most favourable, was the increase in the income tax threshold to $1 million, which took effect on the 1st of July, 2016, for everyone. It was further increased to $1.5 million by the 1st of April 2017. To help recover the ­resulting shortfall in the Budget, the ­personal income tax rate for persons earning more than $6 million was increased from 25 per cent to 30 per cent. In addition, special Consumption Tax (SCT) on automotive fuel increased by $7 per litre; while the introduction of SCT on ­liquefied natural gas (LNG) and the revision of the heavy fuel oil rates pulled in $1.415 billion. There was a $2 increase in SCT on cigarettes, to fetch $0.574 billion, and an increase in the departure tax from ­approximately $15 to $35, to fetch $5.3 billion. This increase in gas tax occurred in the 2015-2016 Budget as well. The ­former ­government imposed a $7 tax on gas and a $1.5 increase in tax on cigarettes on the premise that the oil prices are trending downwards.

How do the budgets of the last four years compare to each other?

As is obvious, all the budgets, except for the last two years, imposed tax burdens on the country. Last year, there were no new taxes, and this year, there is a tax give-back, which is a signal that the country’s fiscal policy stance is moving in the right direction. Although this tax give-back was expected, it could have been more inclusive of the average ­consumer or civil servants, who, along with the businesses, have been ­burdened by ­previous tax ­packages. Nevertheless, the ­current tax ­give-backs are expected to ­minimise ­business lead time, expenses, and ­bureaucracy, thereby possibly increasing ­economic activity and assisting the Government to achieve its objectives of increased economic growth.