#EastPortlandBattle: PNP concerned about delayed voting at some polling stations 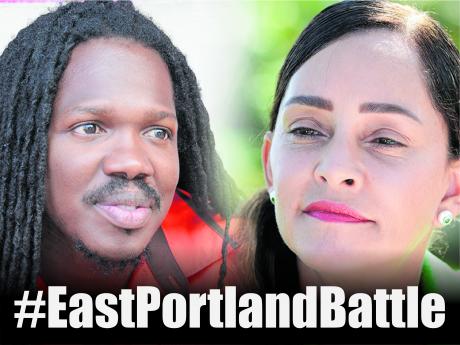 Just under an hour before the close of polls in the Portland Eastern by-election, the parliamentary opposition is expressing concern about the bottleneck at several polling stations.

"I am very disappointed in how slow the voting process went on. The supervisor advised me that many of those in lines, who came to vote, never had their IDs. So the swearing-in exercise consumed a lot of the time," Jackson said.

"The down-side of that, is that a number of persons, who had to go to work, couldn't’t stay and wait long enough. One man I know went back into the line three times, and finally decided that he has to leave. The slow process doesn’t help the democracy, and we need to make the process somehow more efficient, so that people can exercise their franchise,” Jackson said.

He said the rain, especially in the community of Sherwood Forrest, delayed the turnout as persons were somewhat reluctant to walk through mud and water.

"It’s a rural community, so they were late in coming out," Jackson said.

He continued: “We hope that in the next hour or so we will have a substantial pick up.

Apart from that, Jackson said the day has been moderate and incident free.