Weed Ed | How about some ganja juice or salad? - Leaves, seeds and flower can help restore balance to body, ward off diseases 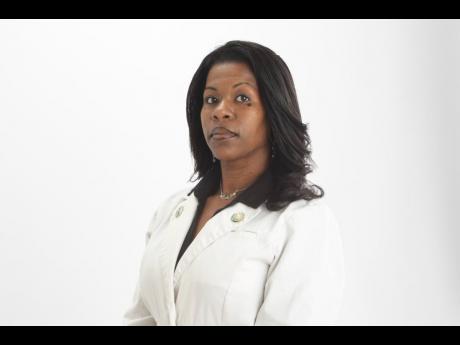 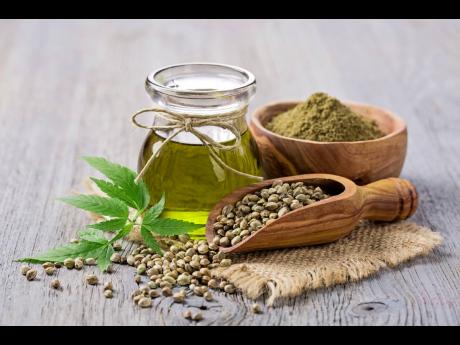 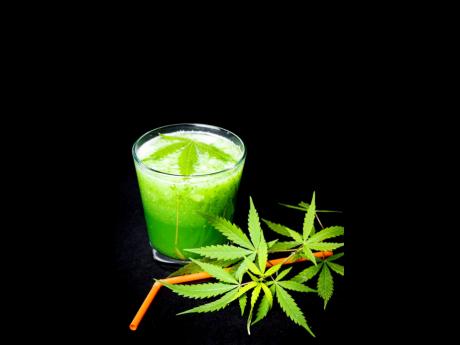 If hearing the words ganja or marijuana evokes thoughts of ‘gateway drug’ or ‘dangerous plant’, the following information will require that you unlearn all you believe you know about ganja. It will require the adoption of a new thought pattern to truly appreciate the role the plant plays in the functioning of the human body.

The average person’s cannabis knowledge is based on the past 80 to 100 years of prohibition. But the plant has a 5,000-year history, and as countries begin to loosen the restrictions cannabis, a new normal is emerging, taking us back to the period where cannabis was not only an indispensable medicine but a dietary essential.

All humans are born with an endogenous (endo) cannabinoid system (ECS), which is developed very early during gestation. The ECS governs homeostasis in the body and regulates other systems such as the immune and central nervous systems, promotes healthy inflammatory response, and enhances cell vitality.

Medical practitioners who support cannabis use have long argued that the fact that we have an endocannabinoid system with over 300 receptor points indicates that our body recognises cannabis, needs and uses it, and our health is better with it.

“There is no other botanical that has a chemical composition that mirrors the endogenous cannabinoid system and talks to it as well as cannabis,” said Dr Lakisha Jenkins, traditional naturopath and registered herbalist.

Jenkins was recently talking on ‘Phytocannabinoid Supplementation Essentials’ at the Plant Medicine Summit, a digital forum hosted by the Shift Network.

A 2010 study, The Endocannabinoid System and Its Relevance for Nutrition, surmised that: “A dysregulated endocannabinoid signalling is heavily involved in eating disorders, cardiovascular diseases, and gastrointestinal pathologies, suggesting that endocannabinoid-oriented drugs might be next-generation therapeutics to treat these conditions in humans.”

And that’s where the real value of cannabis can be obtained, not as medicine but as part of a preventative lifestyle, according to Dr William Courtney, a US-based physician who specialises in dietary raw cannabis.

He believes that cannabis’ ability to heal on a cellular level makes it the “most important vegetable on the planet”.

“Cannabis can be manipulated to become a medicine after the body has broken down,” Courtney said in a YouTube docuseries, “but in its best form, it’s a preventative – preventing cancer is a lot better than trying to treat it.”

Most humans suffer from a cannabinoid deficiency

The past century of cannabis prohibition has led to a human deficiency in cannabinoids, reasoned Jenkins.

The early to mid-1900s saw a gang of anti-marijuana laws implemented across the world, with Jamaica being one of the early adopters in 1913. Prior to prohibition, cannabis was a staple in the medicinal field and was included in the America Pharmacopeia up until 1942.

Over the past 80 years, there has been a sharp increase in preventable diseases, which Jenkins noted as an important observation in the context of the global cannabis ban.

“Unless you’re a small child or are already supplementing, you probably are suffering from endogenous cannabinoid deficiency. I say that because it’s been removed from our diet and the pharmacopeia for about 80 years, so being that far removed, one would surmise that most people are suffering from an endogenous cannabinoid deficiency,” Jenkins said.

Babies are an exception as they ingest cannabinoids as a dietary supplement through breast milk.

“Just like every other vitamin, mineral and amino acid that require some sort of supplementation, the endogenous cannabinoid system also requires supplementation,” said Jenkins.

Raw cannabis won’t get you high

Contrary to what many persons believe, eating raw cannabis won’t get you high.

“THC (tetrahydrocannabinol) is not actually found in a raw cannabis plant,”explained Jenkins.

Both THC and annabidiol (CBD are present in raw cannabis plant in an acidic form (THC-A and CBD-A). This acid chain attached to the molecule blocks the cannabinoid receptors that excite psychoactivity if consumed as a fresh vegetable.

“It is during the processing of the plant, such as adding heat, the THC-A becomes THC,” said Jenkins. “With the acid chain not attached, it can excite psychoactivity, and that’s what makes cannabis a drug or narcotic.”

While cannabis is the only plant that contains THC (THC-A), there are other botanicals with a cannabinoid profile. Hops, used to make beer, is the closest in profile to cannabis and it has been suggested that the cannabinoids are what make a cold beer so satisfying.

To gain the maximum benefits of cannabis as a dietary supplement, it is recommended to be juiced or chopped finely and included in a salad. The leaves, buds, seeds and small stems can all be consumed or processed through a powerful juicer for a concentrated elixir. Full-spectrum cannabis oil containing all the cannabinoids, terpenoids and flavonoids is another great option, as well as capsules and tinctures.

Jenkins says 48 of her 400 herb compounds are cannabis-based and that she often mixes them with other botanicals that have a complementary cannabinoid profile based on the effect she’s going after.

Her preferred delivery method is a sublingual as “it’s fast acting and you can be very specific with dosage by measuring each drop”.

Jenkins also recommends microdosing over an extended time to mitigate against psychoactivity.