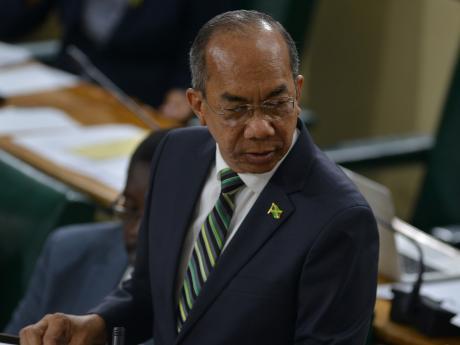 Minister of National Security Dr Horace Chang has indicated that the government should have a fully operational traffic ticketing system in place by the middle of the year.

“I have given a commitment that by mid-year we will fix the system. There is a traffic ticketing management system that was acquired from some time back, but the system was never properly operationalised,” Chang said as he opened the 2019/20 Sectoral Debate in the House of Representatives on Tuesday.

He pointed out that the necessary hardware and software are being sourced to ensure that “we can have development and implementation of an electronic warrant module in the traffic ticketing management system”.

“Once we can do that and ensure that those who receive tickets will, in fact, have consequences when they breach the Road Traffic Act, that will begin to restore order to our public highway, and the public will see a major difference in how they operate and our public space will be safe,” he said.

He noted that currently, there are four agencies involved in the ticketing process, “but the process is dysfunctional” and has resulted in errant drivers with traffic violations not being held accountable.