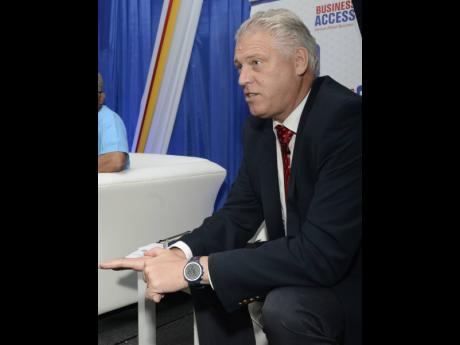 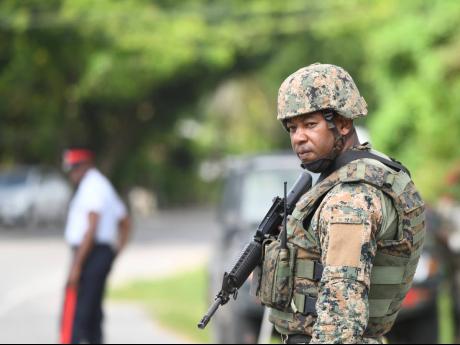 Ricardo Makyn
Ricardo Makyn/Chief Photo Editor A soldier mans a checkpoint in Negril, Westmoreland, as the state of public emergency entered its third day on Thursday. Three parishes – Westmoreland, Hanover and St James – have been placed under a state of emergency for an initial period of 14 days.
1
2

News last week that a 14-day state of emergency (SOE) would be imposed in the parishes of Westmoreland, Hanover and St James has received the unqualified backing of a senior security consultant, who said ordinary citizens will have to give up more of their rights to stem the “crisis proportions” of crime in Jamaica.

Mark Shields, former deputy commissioner of police and managing director of Shields Crime and Security Consultants Limited, said that SOEs and zones of special operations (ZOSO) are critical, but that the police should make more use of them.

“I was bitterly disappointed when the Opposition withdrew support from the SOE so suddenly, and if you look at what the commissioner of police was saying to Parliament last December, that we need more time. We are in crisis mode because the murder rate is so high,” argued Shields days before last Tuesday’s SOE announcement.

“I think it [SOE] should be long term until they have some other legislation to replace it. How else are we going to detain criminals without an SOE? What law is there to detain people indefinitely? There is none. That’s why they should be working on a law while the SOE is in place. There is a need for it,” added the security strategist, emphasising that most ordinary Jamaicans are afraid to come forward and give evidence against gangsters.

More than 410 persons have been murdered islandwide this year, 105 of them from the parishes of St James, Hanover and Westmoreland. Up to April 22, St James accounted for at least 49 homicides, a near 70 per cent increase over last year.

There have been 43 murders in Westmoreland and 13 in Hanover, prompting Prime Minister Andrew Holness, on the advice of the police commissioner, to set up round-the-clock police-military presence in the areas and restricting civilian movement.

Police Commissioner Antony Anderson last week said: “It was these figures and challenges of violence in these places that caused me and the CDS [chief of defence staff of the Jamaica Defence Force, Lieutenant General Rocky Meade] to recommend to the prime minister that we declare a state of emergency in these areas. We must save lives.”

The announcement brought relief to some residents and members of the business sector who have been calling for another ZOSO in the west since last December.

But while the police say they have detained more than 70 people, seized at least one firearm and nearly 2,000 rounds of ammunition, residents in some Hanover communities have expressed mixed emotions about the circumstances of the SOE.

All must pay price

According to Shields, however, there is a price Jamaicans will have to pay to get the crime rate down, and police investigators, in the meantime, should ensure they make full use of the SOE measures while they last.

“The fact is, they (security forces) detained about 1,000 to 2,000 young men, and we know that within those persons there were killers that they were able to lock up, and because of it they were able to restore some amount of peace. It was a sigh of relief when those people were locked up. Why wasn’t there sufficient evidence to charge them?” he asked.

“When those persons were locked up, did they take their fingerprints? Not necessarily. Did they take their DNA? Absolutely not. And did they take any photograph? I know they didn’t. So you have locked up these individuals, which has reduced the levels of crime, but have you done those basic things to capture the biodata, and make a comparison with outstanding crime scenes and firearms that have been recovered?” he told The Sunday Gleaner, adding his support for the National Identification System (NIDS), which has been struck down by the Supreme Court for its unconstitutionality.

“Why is it that we are so wrapped up when we have a crisis not to use something like NIDS as a crime-fighting tool? Why shouldn’t we have, in a country where 1,700 people are being murdered annually, ID cards? This is not a normal place,” he said.