PNP calls for end to oversight of education ministry, wants minister to be appointed 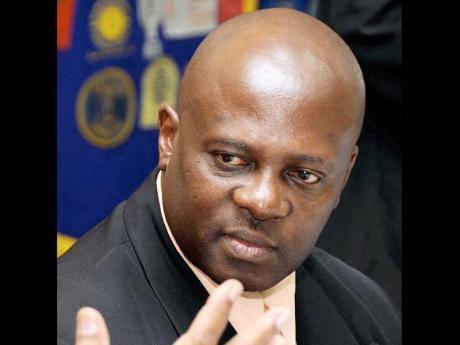 WESTERN BUREAU:
Michael Stewart, the deputy opposition spokesman on education, is calling for the appointment of a full-time minister to head the Ministry of Education, which has not had a dedicated minister since the sacking of Ruel Reid earlier this year.

Stewart made the call while addressing the Jamaica Teachers’ Association’s (JTA) divine service at the Mt Ward Methodist Church in Hanover today. The service was to mark the launch of Education Week 2019, which is being held under the theme: “Empowering educators: Retooling, innovating, networking for sustainable development.”

Reid was fired from his post in the education ministry by Prime Minister Andrew Holness on March 20, amid allegations of corruption.

“In recent weeks we have seen the education sector being plunged into uncertain waters with the removal of the once vivacious and articulate minister (Reid). Students, teachers, and indeed the entire society have been left to speculate why the minister was removed from one of the most complex sectors in the country,” said Stewart.

“Despite the fact that the permanent secretary has said that we now have three Ministers of Education, we would want to have one dedicated minister to oversee the Ministry of Education at this time as we face the many challenges that the country and the sector are facing,” Stewart added.

He was referencing statements made moments earlier by Dr Grace McLean, the permanent secretary in the education ministry, who pointed to the ministry’s current management by Holness, State Minister Alando Terrelonge, and minister without portfolio in the economic growth ministry, Karl Samuda.

Stewart also commented on the ongoing impasse with lecturers at the University of Technology (UTech) since February, over government subvention granted to the institution.

“We’re extremely concerned with the impasse with the teachers at UTech, especially in this period of examinations. The students are concerned and anxious, while the parents and guardians are angry,” said Stewart.

“We send the wrong message to our educators when there is so much waste and corruption in society and our teachers cannot be properly paid. However, despite the daily challenges we face in education, the teacher has the greatest share in moulding the future of our country.”