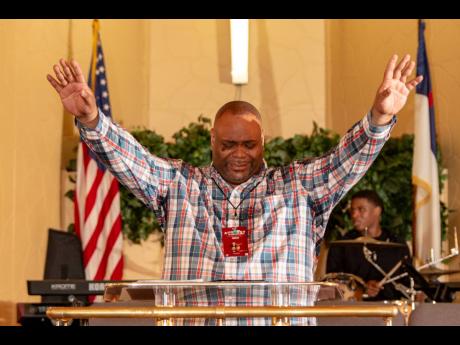 It is a popular belief that the Christian generation of today is being spiritually mistreated by the elders of the Church for what is being described as its disinterest in traditional religious ways of operating.

Michael Payton, the jurisdictional Sunday school superintendent and regional superintendent at the New Birth Church of God in Christ in Chicago, who identified himself as a “46-year-old young person”, shared that no longer will young people in the Church allow themselves to be manipulated by the elders.

“My generation is the last one who will tolerate abuse disguised as teaching, prejudice dressed as favour, opinion that became doctrine, promise-based promotions, jealousy covered as constructive criticism, selfishness hidden as management, screaming because you didn’t study, or ‘do it because I said so’.

“God has countered our hypocritical ways. He seemingly has bypassed the Church and speaking directly to this generation through dreams, thoughts, projects, songs, and revelations, resulting in a desire for a relationship and understanding we could only dream of. Revolution is under way. Stop barking and you’ll see it,” he said, “or just move out the way.”

He told Family and Religion that during his service in the church, he has noticed that the next generation is being spiritually mistreated.

Popular gospel artiste Sinach sings of “a chosen generation who are called forth to show God’s excellence”, while her fellow Christian vocalist, Tasha Cobbs, warns of “an army that’s rising up to break every chain”.

Payton said that this chosen generation and army have arrived, and according to him: “They are gifted, talented and anointed. They’re just not interested in the rituals and habits of Christianity. And they recognise the hypocrisy we exhibit when we teach one thing but live another. They want God.”

He continued, “I’m 46. We have tried to make robots rather than Christians. We teach rules over relationship. Doctrine over discipleship. Obedience rather than love. So God is going around the Church to reveal Himself to this young generation then sending them, armed and anointed, into His Church for the most ironic battle ever.”

Join Elder Payton and colleagues Bishop Ocie Booker and Superintendent David Whittley on the Illinois First Sunday School’s Facebook Live this evening at 8, where they will be talking on the topic ‘The Call of The Gentiles (Romans 11)’.