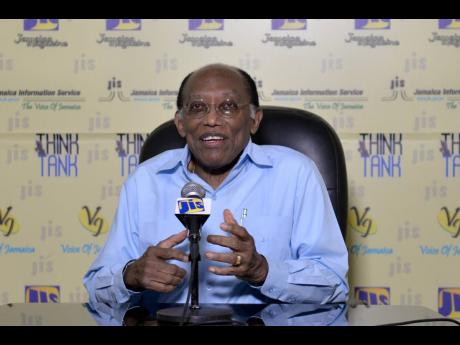 Approximately 160,000 additional jobs are expected to be created during the production stage of a newly patented nutraceutical being championed by the National Commission on Science and Technology (NCST).

The product, Zon Teason, which was a plant researched through a collaboration with the NCST, Northern Caribbean University and a number of other international tertiary institutions, will be launched on June 24 by Zon International Holdings.

Speaking at a Jamaica Information Service (JIS) Think Tank on May 22, NCST Director General Professor Errol Morrison said that the product, which was the first plant to be patented in the United States in 50 years, has been so accorded in several additional countries, with similar accreditation pending in three others, including Jamaica.

Professor Morrison pointed out that for nearly a decade, the Government of Jamaica has had a strong interest in nutraceuticals, which are extracts from plants, minerals or animals with established health benefits.

He said the newly patented product is one such on the list that the NCST was mandated by the Government to take interest in.

Professor Morrison noted that, anecdotally, researchers have found that the new nutraceutical has anti-cancer and anti-inflammatory properties, adding that the NCST is optimistic about the product’s potential.

He disclosed that investments were initiated through the National Foundation for the Development of Science and Technology, in tandem with scientists at NCU, to maximise this potential.

Professor Morrison said the collaboration is a success story that the NCST hopes will be replicated with, and by, other private innovators.