Earth Today | Recycling Challenge: Making a difference one bottle at a time 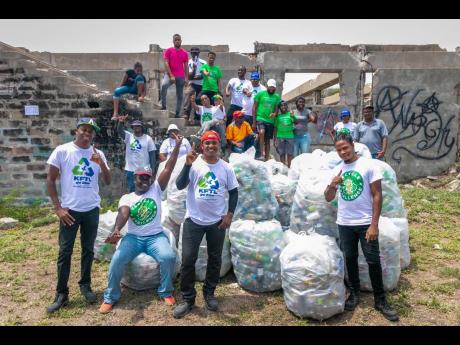 III DIMENSION FILMZ
Team members of Kingston Freeport Terminal Limited are clearly proud of their performance in the recently concluded third round of the Wisynco Eco Corporate Recycling Challenge. The entity came in a close second behind FLOW, having collected 131,400 plastic bottles for recycling. 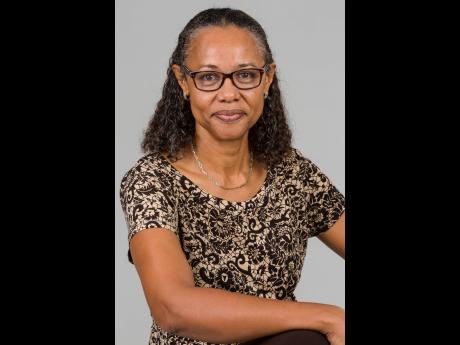 IT HAS been only a year since Wisynco Eco launched its Corporate Recycling Challenge, but already more than a million less plastic bottles have made their way into Jamaica’s waterways or to the island’s already-stressed waste disposal sites.

The first round of the corporate competition was launched in June last year and attracted the participation of The Gleaner, together with Fidelity Motors, ZIP FM, Chilitos, Tank- weld, and Chad Ad. That round, which saw ZIP as the winners, had a plastic bottle haul of 264,000. There has been no looking back since.

Round two ran September through November and saw the participation of Stewart’s Auto, together with the Jamaica Observer, the CB Group, the Jamaica Football Federation, China Harbour Engineering, One Hundred, and Digicel. It yielded 384,000 plastic bottles and saw the CB Group named champions.

All told, the three rounds of competition raked in 1,035,000 bottles at a time when burgeoning plastic pollution presents a particular challenge for the environment and people relying on its range of ecosystem services.

It was in February that University of the West Indies (UWI) professor Dr Mona Webber helped to bring into sharp focus precisely what is at stake if plastic pollution is allowed to go unchecked.

“Plastics in the environment have been studied for decades and over the years, scientists have become increasingly alarmed at the quantities of plastic waste in the sea. Some 2.5 billion metric tons of solid waste is produced all around the world and within that, 275 million metric tons is plastic waste,” revealed Webber, professor of marine biology and director of the Centre for Marine Sciences and the Discovery Bay Marine Laboratory.

Webber was speaking at a public forum, hosted at the UWI, to look at the science behind Government’s move earlier this year to ban single-use plastic containers in Jamaica.

She subsequently spoke to The Gleaner about findings from an ongoing mangrove nursery experiment to document the effect of different types and densities of solid waste on different species of mangrove trees on the island; and noted that plastics were especially problematic.

“We looked at whether a mangrove seedling – a natural plant that comes from the forest – could emerge and grow under both densities and types of marine debris, including plastic bags, plastic bottles, and non-mangrove wood,” she explained of the research being led by Camilo Trench, who is pursuing his doctorate in marine sciences at the UWI.

“What we found was that in all densities, plastic bags on the surface of the soil result in zero seedlings emerging,” Webber added.

“For the next round, we are trying to innovate. We want to set higher targets because we can meet the targets, and we believe Jamaicans are more inclined at this stage to recycle,” noted environmental communications officer Shelley Ann Dunkley.

“Positive environmental practices should be a part of any business from the start, and Wisynco ECO intends to be there from the beginning with additional training on recycling trends and best practices. Recycling is something we all can do! If you don’t know how or where to start, Wisynco is willing to help,” she added.