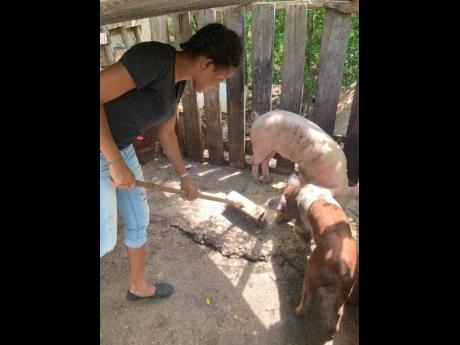 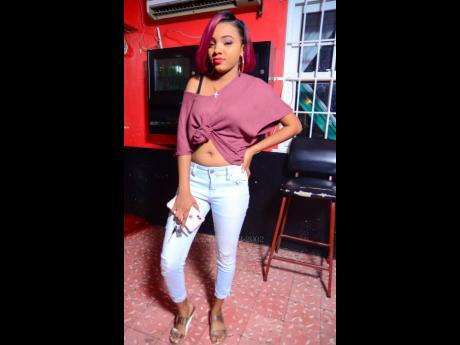 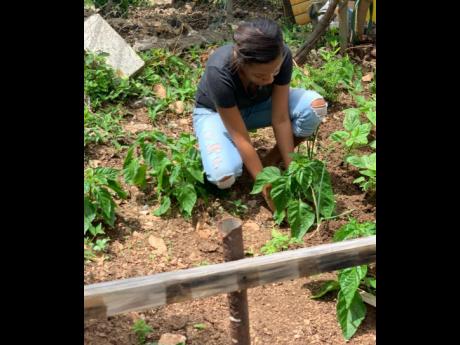 Pig farming may be deemed a dirty business, but Natacia Armstrong of Yallahs, St Thomas, knows there is no prejudice in making money.

The 24-year-old told The Gleaner that she got started back in December 2012 when her sister introduced her to the business of rearing pigs.

“I started off with one pig. At first, it just seemed like a new challenge, as other jobs posed, so it wasn’t a problem for me. I was excited at the time and quickly invested my money not knowing the real challenges that would come with it. So after getting the first pig, I realised I had to go around asking those that were in the business for a while for information on how I could be a better farmer,” Armstrong told The Gleaner.

She added: “In the first week of April 2013, I got my first set of piglets (15 of them), and I was so proud of myself. I even started to make more pens and buy different brands of pigs so I could get a mix. It has been very challenging over the years as the farm is located on a hill and I have to bring water to the pens,” she said, adding that though she feels like giving up sometimes, her genuine love for the pigs keeps her going.

Armstrong later received her farmer’s licence, which, according to her, boosted her to also start planting produce such as melon, pumpkin, sorrel, okra and pepper – which she admits has been very successful.

Armstrong, who is petite and appears to be delicate, told The Gleaner that her claim to farming is often met with disbelief as, according to others, she doesn’t fit a ‘farmer’s image’.

However, she continues to sow and harvest the reward of her hard work; she noted that reaping and selling are her favourite parts of the job.

“I definitely think farming the right way can turn out really good. As for me, by the end of this month, I am planning to join RADA (the Rural Agricultural Development Authority) and expand by getting involved in onion farming on a big scale.

I have a passion for the trade, and I’m excited about the rest of the year because I know that great things are in store for me,” she said, beaming.

Leaving a word of advice to others, Armstrong said, “I think young people should give farming a try especially those who are unemployed and not attending school at the moment. Don’t look at it as if it’s only one set of people can do it. Farming is nothing to be ashamed of. It’s fun, and to be frank, farming is life.”