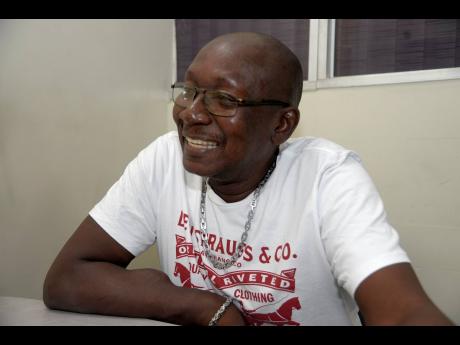 Eight years ago, Paul Johnson found himself feeling sluggish and lacking energy when he needed to work. He thought that all he needed was an energy drink, a pick-me-upper, because he did not get enough rest the night before. This continued for a while before he started seeing changes in his urine and swelling in his joints and other parts of his body. Add nausea to the list before Johnson decided that it was time to see his doctor.

“I was at home one day, and I did not feel well, so I went to see my doctor, and he told me to do some tests. The tests showed protein in my urine, so he told me that further tests were necessary,” Johnson shared. “While at the doctor’s office, I started to feel worse, and I told him that I needed to go to the hospital.”

According to Johnson, the doctor told him to wait in his office while a nurse inserted an intravenous drip.

“When the doctor came back to assess the situation, he immediately wrote a letter and sent me off to the University Hospital of the West Indies (UHWI),” Johnson recalled.

He admitted that all this started because of his own bad habits and poor decisions. He said he did not take care of his health as a young man, something many still do even now.

“I had high blood pressure, and I knew from early because it is hereditary. But to be frank, I was lackadaisical towards seeking and using treatment,” he said. “As a young man, because of lack of maturity, maybe, you don’t think that you should be taking high blood pressure medication because you think that it will affect your manhood,” Johnson said.

He went on to explain that the preferred remedy, as a young man, was to eat a piece of garlic or drink some cucumber juice when his blood pressure spiked.

“My habit was to drink with my friend on Fridays, but because each week nothing happened with my pressure, I just continued, not knowing that my liver was being damaged bit by bit,” Johnson said.

He explained that when he was admitted to the UHWI, he had a stroke, and his condition got so bad that the doctor told his family that they should tell his loved ones to come say their final goodbyes as they were not sure he would make it. It is from this that Johnson decided that his purpose was to help educate young men about the dangers of ignoring signs in their bodies and indulging in bad habits that have lasting effects.

“In that first week while I was at the hospital, I thought that it was the end. I had given up,” Johnson said. “But since then, I have embraced life, especially since the doctors thought that I would not be here,” he continued.

Having end-stage renal failure, however, has taken a toll on Johnson, though his countenance is one of thanksgiving and positivity.

“I have dialysis three times each week, and this is costly because the treatment is $9,000 for each visit, and it is accompanied by a $4,000 injection that should help make more red blood cells,” he explained.

Johnson told The Gleaner that he has had to seek sponsorship from the Ministry of Health and the Chase Fund to assist with the costs of survival.

“I tell my friends and those who will listen to let this illness end with me because it can be hard, but it can be prevented if we change our habits and take better care of ourselves,” he stated.

Johnson shared that what keeps him going is the great support that his wife, Althia Johnson, gives him. He is also grateful to God and believes that his life is a testimony.