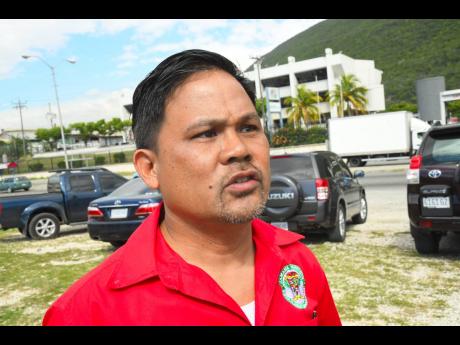 The competition was designed to help the participating students become more culturally, socially and academically aware. Spring Garden walked away with the first-prize cash award of $1.8 million.

Dowen Virgo, the chairman of competition, said that based on last year’s success, when only Trelawny schools participated, a decision was made to expand the competition to include schools from St Ann.

“We were drawn to expand it to include schools from St Ann because it exceeded our expectations in popularity. The prize money plus trophies and other prizes represent part of JGRA’s five-year commitment of $15 million towards the quiz competition.“

JGRA president Gregory Chung, who was present for the final, said he plans to increase the company’s involvement in education and is currently exploring other areas in which to work with the Ministry of Education.

“All 23 gas station operators were on-board as sponsors, and we have agreed to be further involved in the schools,” said Chung. “We intend to work with the Ministry of Education to institute a road-safety programme in the schools, and as soon as we are granted permission, we will be up and running.”

Elated with the quality of the competition and the goodwill of the sponsors, Sophia Forbes-Hall, regional director of the Ministry of Education’s Region Three, said the venture had the full support of the education ministry.

“The Ministry of Education fully endorsed this quiz competition as we see it as an opportunity to give students a chance to broaden their horizons and further develop their researching skills. It can only be good,” said Forbes-Hall.

For Grace McLean, principal at Spring Garden Primary and Infant School, the institution’s success was a fair reward for the hard work and dedication they had invested in the competition.

“We are full of joy at winning, and I can tell you, the prize money is much-needed,” said McLean, who explained that some of the funds would go towards the school’s breakfast programme.

“We have a total of 200 students, and we operate a breakfast programme for 30,” said McLean. “Come September, we plan to expand the programme to include students preparing for the Primary Exit Profile. Some of the money will go towards improving the Infant Department.”