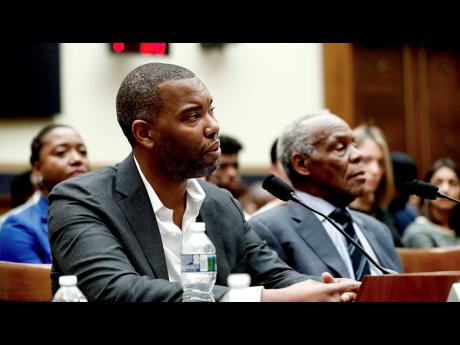 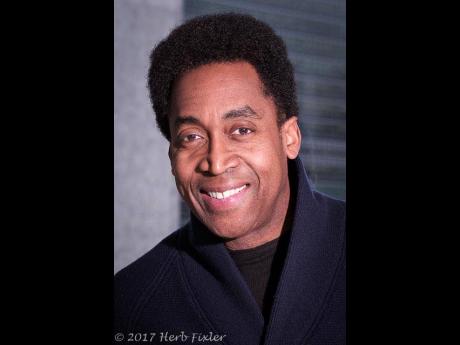 Last June, the House Judiciary subcommittee on the Constitution, Civil Rights and Civil Liberties held its first hearing in more than a decade on the controversial subject of reparations. This hearing aptly coincided with ‘Juneteenth’, a date when the last slaves in Texas learned of their freedom.

The hearing ignited high expectations among black Americans. It also triggered resistance from some 65 per cent of Americans who believe that their nation had already repaired its broken past with social programmes for the disadvantaged and marginalised.

Most white Americans also hold that they cannot be made to carry the burden of the past, a past that was alien to them.

In fact, some blacks also believe that reparations threaten to divide an already fractured society.

Unable to articulate what reparations involve, some fear that taxpayers’ money will be misused. Moreover, there is the belief that politicians are broaching the subject for political mileage, with the 2020 elections a breath away.

Interestingly, the reparations hearing has deepened the divide among black organisations. No one seems to be on the same page. American Descendants of Slaves (ADOS) has doubled down, promoted a strident tone, pitting so-called foundational black Americans against blacks from the Caribbean and Africa. Reparations, they note, must only go to blacks ‘foundational’ to America. ADOS’s virulence against pan-Africanism only skews the reparations question. Expectedly, ADOS was critical of the June hearing that left its leadership on the sidelines and were equally unimpressed by the invitation of Danny Glover and author Ta-Nehisi Coates.

N’COBRA (National Coalition of Blacks for Reparations in the Americas) has adopted a far more measured and embracing approach. Since its inception in 1987, the organisation has established chapters in the United States, Africa, Europe, Central America, and South America. As to how the movement can help shape the narrative on this matter is left to be seen.

Over time, I have studied reparations question, examining its feasibility in the diaspora and in Africa.

I hold that reparations is never about ‘cutting a cheque’ or a handout.

The essence of reparations involves justice, reconciliation and humanity. Reparations should not tear a society apart. It should never lead to alienation, distrust, and suspicion.

The $64,000 question, “what should reparations look like?” must be clearly answered.

“Should the government give money to every black American as some naively believe?” “Does it involve land allocation, business loans, affordable housing, educational opportunities, investments in inner cities? Exactly what?”

All of America must know that the slave trade was part of a global banking and financial network involving institutions that exist today. Seeking redress from such organisations is always an easier sell to the public than demanding payment from governments. The latter poses political challenges that prove difficult to surmount.

Black America should take a page from the CARICOM Commission on Reparations that has sought redress from European bodies that directly profited from the slave trade and slavery.

For example, a two-year study found that Glasgow University profited from the slave trade to the tune of £200 million in today’s money. Glasgow has responded with a ‘reparative justice programme’. There are plans to establish an institute for research in chronic diseases in the Caribbean that include hypertension, diabetes, and childhood obesity. Scholarships and exchange programmes for Caribbean students are also planned.

Many European institutions are now hard-pressed to follow in Glasgow’s footsteps.

There are educational institutions, banks and insurance companies in the US that profited from the spoils of slavery. Shouldn’t research of such companies be prioritised?

Again, reparation is never about holding every white person responsible for slavery, neither does it involves the indiscriminate application of justice.

Any genuine attempt to right past wrongs demands an apology. An apology is always the first step toward veritable justice. It is a psychological panacea and shapes the discussion toward restitution.

I believe that Americans will be more favourable to reparations if only black America articulates its demands without hyperbole, rhetoric and polemics.

Clearly, we should not sweep the past under the rug. Pain never goes away. It festers generationally. It is our nature.

The subject of reparations becomes even foggier in relation to Africa. It takes on multiple layers, with some ethnic groups in the crosshairs for their complicity in the slave trade.

Case in point: should the descendants of Abomey’s kings be held accountable for selling slaves?

Truth and reconciliation committees, tribal courts, and kinships have helped African countries emerge from decades-long bloodletting with some semblance of wholeness.

I recall my discussion with Biah C. Bertin, Benin’s renowned archaeologist and curator at the Slave Museum in Ouidah. He was opposed to any form of reparations. He viewed tragedy as a natural occurrence of history. He spoke of good and bad events in the annals of time and made the point that “if there were no seller of slaves, there would be no buyer”. He argued that we should not judge past polices through present day prisms.

Reparations, according to Dr Bertin, threaten the homogeneity of a society. Benin’s cosmopolitan and harmonious coexistence, he noted, was due to the ability of its people “to forget the past and not bear grudges”.

It is hardly likely that blacks in the Americas will follow this path, nor should they. What is certain is that the issue of reparations will not be settled anytime soon.

Meanwhile, we should reflect on the wise counsel of Ta-Nehisi Coates: “What I’m talking about is more than recompense for past injustices, more than a handout, a payoff, hush money, or a reluctant bribe. What I’m talking about is a national reckoning that would lead to spiritual renewal. Reparations would mean the end of scarfing hot dogs on the Fourth of July while denying the facts of our heritage. Reparations would mean the end of yelling ‘patriotism’ while waving a Confederate flag. Reparations would mean a revolution of the American consciousness, a reconciling of our self-image as the great democratizer with t he facts of our history.”

- Dr Glenville Ashby is the author of the award-winning audiobook ‘Anam Cara: Your Soul Friend and Bridge to Enlightenment and Creativity’. Email feedback to columns@gleanerjm.com and glenvilleashby@gmail.com, or tweet @glenvilleashby.