From cabin to coffee factory –Part II …The Arthur A. McGowan story 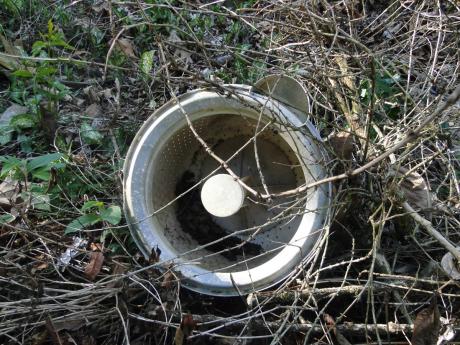 The motor from an old washing machine is a significant element in Arthur A. McGowan’s story. 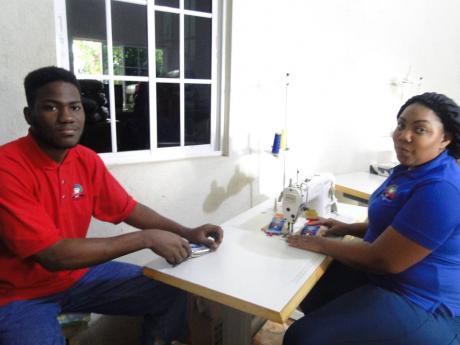 One Holy Thursday, Arthur A. McGowan and his girlfriend went to his farm at Flamstead in St Andrew. The following morning, in his attempt to clear the land of the trees that were felled two weeks prior, he lit a fire. The fire consumed the fallen trees all right, but a strong wind blew it into the patch, two to three acres of it, that was already under coffee cultivation.

With the help of a man called Gussie, he spent one day and one night trying to contain the fire, which he did not want to spread to neighbouring farms. He had no money to pay reparation. When the embers had finally died, McGowan salvaged some of the coffee trees, and spent the next two weeks replanting. He was not mentally scorched by the fire. It made him stronger, he said.

And beneath the ashes there was treasure – more land space. The fire had inadvertently cleared land that he did not intend to at that time. People approached him for a share. He said no. It was his fire and his anxiety. In six months, 10 acres went under cultivation. In two years, it expanded to 22 acres.

After 10 and a half years of being a coffee farmer, McGowan became involved in the haulage side of the industry, buying a truck, and learning to drive it. While still being a farmer, he would transport coffee from all over the Blue Mountains. That part of his operations he folded to start his own coffee factory, after 18 years of being a farmer.

McGowan was now pulping 6,000 pounds of coffee a year, 600/700 boxes of beans, but did not know what to do with them. People wanted to pay him little or nothing. He admitted not knowing the real price, but still was not willing to give away his produce.

Eventually, somebody made an offer he could not refuse. That was his first time in selling coffee beans. They were excellent. He got a better price the following year, learning the business as he went along.

McGowan was still living at Chatsworth where there were the remains of a great house on the property. He got the idea to convert the old brick structure into a factory. He looked at it and mapped out what he was going to do in and around it. His cousins and other relatives, he said, were not supportive, but he pressed on.

To reach the remnants, he paid a tractor operator $140,000 to cut a road across the steep slope. Then he spent about $1 million to build a retaining 99-cubic-foot retaining wall to contain a breakaway. The wall ended up being 100 feet long.

Then all hell broke loose. The pressure from unsupportive relatives intensified. Not being one to back away from challenges, McGowan said it hit him like “a brick” when he listened to the advice of another relative, and obeyed. His dream of owning a factory in the decades-old structure was abandoned.

By February 2014, he acquired another piece of property at a place called Trumpet Tree on Constitution Hill. It already had an unfinished concrete structure on it. He sought and got some financial assistance, and with the help of a man who was not a mason, set out to upgrade the structure. He was to get some assistance from a well-known financial institution.

All this time, he was doing his own research on the equipment he was going to need. He commissioned the equipment to be made in India. He would lie in bed in the wee hours of the morning thinking about the place. People thought he was crazy to be harbouring the ambition of building a coffee factory. They had never seen a poor, black-skin man own a Blue Mountain coffee factory.

“When it really hit home to the community, and the community came on board now was when the container of machines arrived [from India],” McGowan recalled.

There was much excitement, especially the attention that the machines drew to get them around the curves and turns of the road, and into the building. The region is hill and gully topography, traversed by a narrow main road that was quite close to the edge of precipices at points.

Once the machines got into the building, it was now about setting them up.

At the time, McGowan did not have his own licence to produce coffee, so he had to do business under the licence of the Jamaica Coffee Growers Association. As long as he had a market, he could do that.

Eventually, the coffee factory was up and running, and last year it was registered as the Trumpet Tree Coffee Factory, taking its name from the Trumpet Tree district where it is located, whose product is marketed under the brand of Riddim Blue Coffee.