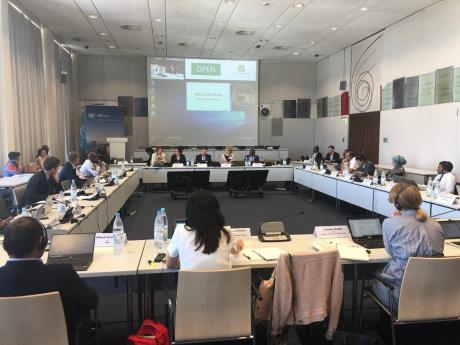 Petre Williams-Raynor
Meeting of the Adaptation Fund Board. 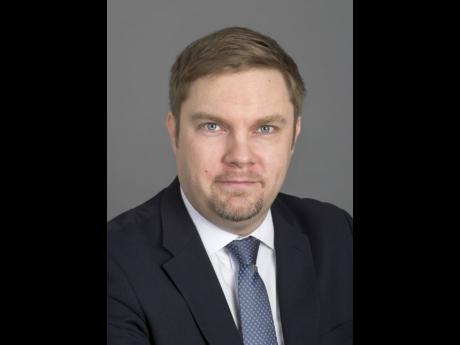 The Adaptation Fund (AF) Board, which caters to financing resilience building for climate change in the developing world, has approved 10 new adaptation and resilience projects valued at US$93 million.

The approvals were given over two separate remote intersessional moves on July 8 and July 15. With the new approvals, the AF, from which Jamaica has benefited, is rapidly closing in on 100 concrete projects on the ground. It now has 94 projects totaling US$657 million.

Three of the regional projects had received technical approval from the board in March, but were put on hold until the new fiscal year began on July 1 and new money became available through the AF’s Funding Window for Regional Projects and Programmes. A dozen regional projects have been approved since the programme launched in 2015, with a large pipeline of additional regional proposals in the works.

In addition to approving new projects, the Board also held a brief Additional Meeting at the end of June in Bonn, Germany to further procedural arrangements of the Fund in order to ensure it continues to serve the Paris Agreement smoothly.

“This administrative work served as continuing follow-up to the landmark decision of the Conference of the Parties serving as the meeting of the Parties to the Paris Agreement last December in Poland, which recognised the fund’s important role in international climate finance in deciding that it shall formally serve the Paris Agreement as of January 1,” said a release from the AF.

“The decision helped stabilise the fund as it transitions from the Kyoto Protocol to the Paris Agreement, and recognised its valuable niche in funding concrete adaptation projects for the most vulnerable and its pioneering direct access modality that builds country ownership in adaptation.

The additional meeting included a dialogue with civil society, which featured presentations from members of the AF NGO Network, including Green Alternative Georgia and Development Alternatives India.

“The Adaptation Fund Board has continued to have an active and productive summer, and we are really pleased to approve 10 new concrete adaptation projects that will serve the most vulnerable communities to climate change on the ground,” said AF Board Chair Sylviane Bilgischer.

“It was also great to see the board advance its procedural arrangements to serve the Paris Agreement smoothly, so that we are in great shape as we head towards COP 25 later this year in Chile,” she added.

Mikko Ollikainen, manager of the AF Board, agreed.

“With vulnerable countries and communities encountering increased and stronger impacts of climate change, we are seeing rapidly growing demand for funding. Funding these 10 projects is in the core of the Adaptation Fund’s mission, and we are now steadily approaching 100 approved projects,” he said.

“Not only do the projects provide immediate benefits to the communities they serve, but they also serve as a wealth of information for others in the adaptation community. Learning and sharing those valuable practices is also a pillar of the Fund’s 11-plus years of experience on the ground,” Ollikainen added.

Since 2010, the AF has committed about US$657 million for climate change adaptation and resilience projects and programmes, including 94 concrete localised adaptation projects in the most vulnerable communities of developing countries around the world with more than six million direct beneficiaries.