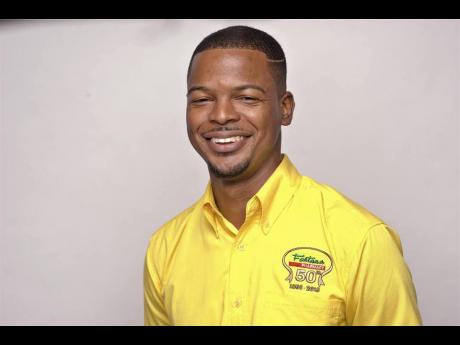 Like most creatives, Elmore Jamieson found a way to turn his creativity into profit; making work fun and putting him on the track to achieving his next step of owning a digital ­marketing ­company. Now, as the public relations and outreach coordinator for Fontana Pharmacy, he is well on his way.

Hailing from the community of Lennox Bigwoods in Westmoreland, Jamieson had a strong work ethic and a love for music.

“Growing up was a lot of things. I grew up on a farm, so my brothers and I had chores: take care of the animals, sweep the yard, cook, etc,” he said.

He also described a life where he grew up on what he described as the ‘biggest and baddest’ sound system and from there, learnt a lot.

“My friend at the time, Dj Baj, was just as into music as I am. He introduced me to Super Tronic sound system – the ‘biggest and baddest’ sound system in our section of the island. There I started to learn the roots of music,” he explained.

Jamieson told The Gleaner that as a little boy, he wanted to be a scientist, but the creative inside him would not let that be. The Petri dishes and Bunsen burners were traded for ­turntables and rhythms.

“Growing up, I wanted to be a scientist. That never panned out, but I still work in my ‘lab’ with music production,” he said, “My last project was with Studio Vibes, on I-tunes, called ‘Club Fire Riddim’, featuring artists like KipRich, Gangoolie and others.”

He also did production work with Bramma and has recorded vocals for Kevin Lyttle, but said the track has not been released as yet.

It was not until during high school that Jamieson was ­introduced to what would be his profession.

“Public relations for me started in high school. I was PRO (public relations officer) in math club then Irvine Hall Block E PRO, then Hall PRO,” he stated.

He soon juggled both public relations and music while he attended The University of the West Indies, Mona.

“Public relations was not always my choice, I was a DJ on [NewsTalk] 93 FM for seven years, while doing my marketing degree part-time,” he said.

He continued to incorporate his two loves in his life and career.

“After I left radio, I applied for a social media job and was offered PR & outreach coordinator [at Fontana Pharmacy],” he said, “It has been a great experience so far. I have made new contacts, reconnected with old ones. At the moment, I am learning and growing; I am able to use my production skills and talents even in my field,” he continued.

With two interests that are time-consuming, Jamieson explains that personal time is a must, and even that is created. This is made a little easier as he has put music ­production on a break for the time being. He further explained that he only produces radio ­advertisements now, which, he admits, does not take much time.