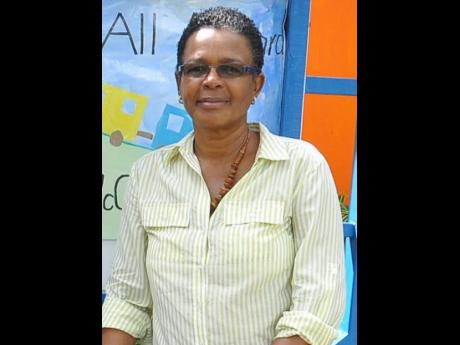 A significant majority of students who present with some type of learning or intellectual disability in Jamaica are boys, a Gleaner investigation has revealed.

Of the approximately 2,500 young people between five and 18 years old, who attend school and who were assessed at The Mico CARE Centre in 2018 for a learning disability, 75 per cent were boys.

“The trend continues to be that the number of boys coming in for assessment each year far outweighs that of girls,” said Ann-Marie Minott-Williams, administrative manager for records, quality assurance and public relations at The Mico University College CARE Centre.

This position is backed up by Dr Pauline Watson Campbell, one of the foremost specialists in Jamaica in the area of special education, in particular where children with learning and intellectual disabilities are concerned.

“It is a fact in the disabilities sector that a larger percentage of children with special needs tend to be boys,” Watson Campbell said.

“It’s something to do with the biology of it. It’s not necessarily hereditary or in the genetics (although genetics may play a part), it is really about the biology,” Watson Campbell said during an interview at the McCam Child Care and Development Centre, which she has been operating for special-needs children for the past 33 years. Incidentally, Watson Campbell was part of the team that established The Mico CARE Centre 38 years ago, before venturing on her own to establish the McCam facility.

There is another worry as, apart from the majority of the affected students being boys, most were determined to have serious challenges.

“Almost all of those who were assessed last year were found to have significant reading, math and writing impairments. This means that they have limitations in identifying words, sometimes letters and numbers, solving basic math problems and writing coherent sentences,” Minott-Williams shared.

She said it was difficult to determine how many have an official diagnosis of learning disability or intellectual disability, because those diagnoses have specific requirements.

“Specifically, we would need to rule out whether these academic deficits are not due to a history of neglect, trauma, inadequate teaching, emotional problems or other factors,” she explained.

The administrative manager also explained that while The Mico CARE Centre may sometimes make a clear diagnosis from its assessment, most children fall into gray areas because there are too many other factors that prevent it from giving a definite diagnosis.

“So rather, we focus on their current functioning, concentrating on the level of impairment in reading, math, writing and reasoning ability, and make decisions for intervention based on their functioning.”

While the Mico CARE Centre assessed 2,500 students in 2018, the number could have been higher as the centre receives roughly 3,500 requests for assessment each year. Mico conducts its assessments across its four regional offices located at Marescaux Road in Kingston, St Ann’s Bay, Manchester and Portland.

And while administrative manager Ann-Marie Minott-Williams did not confirm it, there appears to be a shortage of qualified staff to carry out the assessments, judging from the fact that roughly 1,000 students who were referred for assessment in 2018 were not seen.

During a visit by the news team to the special education unit at the Ocho Rios Primary School in St Ann, we were told that 40 students, who were referred to the Mico CARE St Ann’s Bay centre for assessment in May 2018, were not seen until February 2019. The assessment is usually a detailed process but, in the case of Ocho Rios Primary, all 40 students were assessed in just two days, according to the staff.

“That would appear to be inadequate to me,” said a medical doctor who has spent many years working with special needs children.

When asked directly whether the centre had adequate staff for the workload its faces, Minott-Green was evasive.

“Our children are assessed by teams of highly trained and qualified professionals. Each team typically includes a nurse practitioner, a social worker, a special educator, a psychologist, a speech pathologist and an occupational therapist,” she said.

However, it was a single staff member who ‘assessed’ 40 students from a single school over just two days.

Meanwhile, despite conducting assessments for nearly 40 years, Mico CARE was unable to provide statistics beyond a single year in 2018 as it still uses an archaic paper-based system which makes retrieving information a tedious task, according to Minott-Williams.

When asked how many young people were assessed over the past 10 years, her response was “This information is not available at this time.”

Mico was also unable to state definitively, the parts of the country where the majority of children who have been determined to have a learning or intellectual disability are from.

“We are not in a position to easily disaggregate this information. However, what we can say is that we see a significant demand for child assessment and remedial intervention services from Kingston and St Andrew and St Catherine,”’ said Minott-Williams.