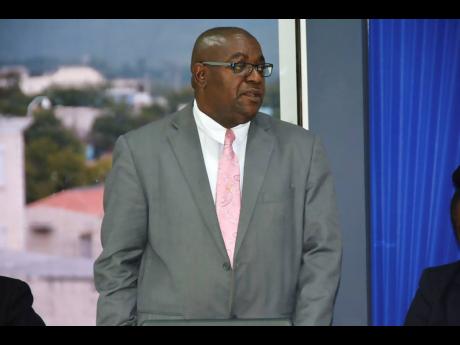 “I am categorically saying it is not true, and that will never happen in the parish where I act as parish manager,” said Wallace in an interview with The Gleaner yesterday. “We do not see the nuisance of mosquitoes as regarding your social status; we see people as being affected, and we will respond likewise.”

Residents in several communities, especially those areas where there are strong concerns about a possible outbreak of dengue, have been complaining that the health department has been bypassing them in its mosquito-fogging campaign.

However, in rejecting the claim, Wallace said that social status is not considered in the fight to disrupt mosquito breeding in the parish, which, up to September, had recorded approximately 889 dengue cases since the start of the year.

“We have a schedule for where notifications are, and the schedule covers the entire parish,” explained Wallace.

According to Wallace, complaints about the mosquito nuisance have been coming from communities all across the parish, to include some of the upscale areas said to be getting special treatment.

“We have a complaint from the citizens’ association president for Coral Gardens requesting fogging, and wouldn’t you consider Coral Gardens upscale? Plus, last night, we were in Granville, so we do not look on social status to send our team to effect remedial measures; we look on the parish as a total.”

So as to clear up the perception of special treatment, Wallace said that the health department will be publishing its fogging schedule so that everyone can know when their respective areas will be attended to.

“We will be publishing the fogging schedule as of tomorrow (today) so persons can have a look at when we will be visiting their communities,” said Wallace. “Already, we have had the schedule in churches, every citizen’s association’s’ Whatsapp groups, and all the schools. We will do larvicidal activities during the day and fogging in the morning and evening.”