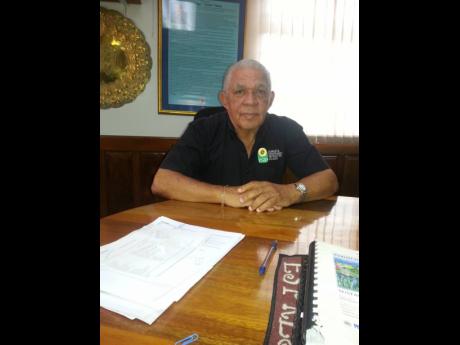 Members of the Manchester business community are remembering the late John O. ‘Jackie’ Minott as a forthright and honest man whose word was better than anything written on paper. Minott was the driving force behind the Jamaica Standard Products (JSP) coffee factory located in Williamsfield, Manchester.

Gas station operator Trevor Heaven spoke glowingly about Minott’s kindness and unselfish attitude to him when, as a young businessman, he sought the elder’s advice.

“At the time, I wanted to make a machine to grind ginger and pimento to make spices. I asked him for help and he gave me that plus a used set of blades for grinding coffee beans from his factory. When I shared with him what I had made, he was very encouraging and offered to sell my products at his shop in the Montego Bay airport,” Heaven told The Gleaner.

He said Minott, who at one time headed the Parish Development Committee, had a passion for Manchester and mobilised others to buy into its programmes with him. Though things might not have grown at the rate he desired, he played his part in building the awareness of others for the parish.

“We have lost a stalwart, and I have the utmost respect for this well-loved son of our parish as well as the members of his family,” Heaven said.

Garfield Green, custos rotolorum of Manchester, businessman and former head of the Manchester Chamber of Commerce, described Minott as an astute leader and a stalwart in the parish.

“This highly respected philanthropist has, over the years, made great efforts at nation-building. Through his business, the JSP, he brought attention to the parish with the High Mountain 10K Race. He also stood out as a justice of the peace who gave outstanding service,” Green said.

Also showering praises on Minott is businessman Wayne Chen, who told The Gleaner that he grew up hearing about Minott as an iconic figure in the parish because of his leading role in the coffee industry and as chairman of the Parish Development Committee.

“He later invited me to serve on the committee, and I admired his vision for the parish; he was a public-spirited man and demonstrated this by starting the now most-popular High Mountain 10K Road Race. This has grown to a well-anticipated event and people from all over the world look forward to it. The proceeds of the road race are used to purchase equipment for the Mandeville Regional Hospital,” Chen said.

He noted that Minott also chaired the Munro-Dickenson Trust for several years and gave his all without fanfare. He embodied the essence of corporate social responsibility long before the term was popular, Chen added.

Childhood friend Charles Lym recalls growing up with Minott and said their fathers bought coffee, pimento and cola nuts (bizzy) for shipment to England. He said his friend Jackie inherited the coffee business from his father and made great strides with it over the years.

“He was a great businessman who was forthright and honest, ,and his word was better than anything you could write down. It was always a pleasure to do business with him, and even though most of our friends have predeceased us, I will miss him,” Lym said.

The prominent Manchester businessman, who died last Thursday at the Hargreaves Memorial Hospital, is survived by his widow Beverley, son John O. Minott Jr, other relatives and friends. He was 84 and passed away after a lengthy battle with cancer.

The annual High Mountain Coffee Road Race is more than 30 years old and is considered to be the oldest road race in Jamaica.