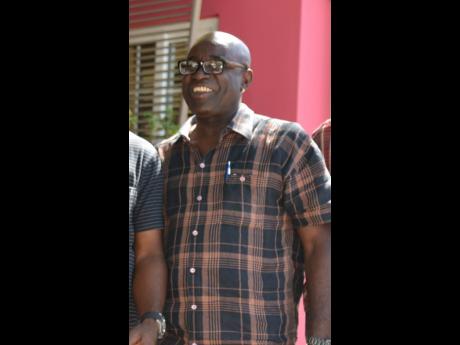 The shoddy state of seven of the nine public cemeteries in Hanover has once again emerged as a matter of grave concern to residents, who are taking the Hanover Municipal Corporation (HMC) to task for not seeing to the proper upkeep of the cemeteries.

At last Tuesday’s Infrastructure Development and Traffic Management Committee meeting of the HMC, the committee’s chairman Daren Barnes, the councillor for the Riverside division, told his colleagues that he recently attended a funeral and was ashamed to identify himself because of the derogatory comments which were being made about the municipality and its failure to keep the cemeteries in an acceptable state.

“The people were quarrelling about the overgrown condition of the cemetery, and were asking if the HMC cannot do any better,” said Barnes.

“Dem seh dat dis a de worst parish council dem see Dem did not know that I am a councillor so mi keep quiet.”

While Dwayne Johnson, the acting chief engineering officer at the HMC, outlined a number of factors that could have caused the cemeteries to be in their current state, Marvell Sewell, the councillor for the Green Island division, argued that if preventative work had been done, the situation would have been different.

“I am being honest with you Mr Chairman, I am not into this bushing of the Lucea cemetery or this spraying thing. For the last couple of years I have been lobbying for us to put some river shingle in there… if we had been doing this even three loads at a time, the cemetery would look better by now,” said Sewell.

Sewell further argued that cutting and spraying the cemeteries is not cost-effective, as, within three months, the bushes would start to grow back.

Hanover is not the only parish facing challenges in regard to the upkeep of cemeteries. A Jamaican, who is based overseas, recently adopted the Martha Brae Cemetery, in Trelawny, where her father is buried. She said she felt compelled to do something after seeing the deplorable condition there.