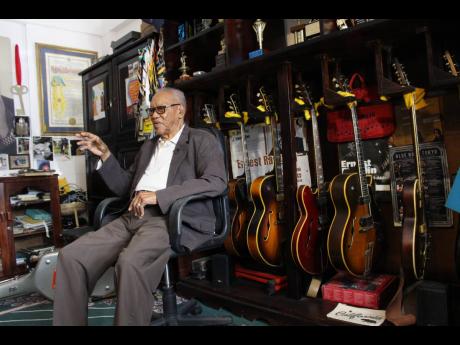 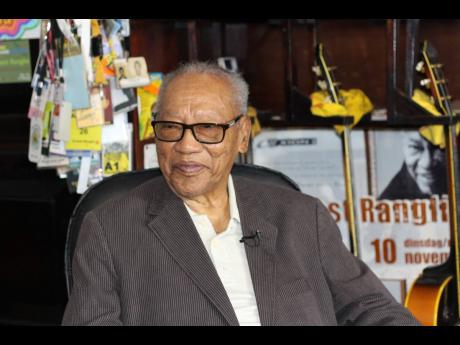 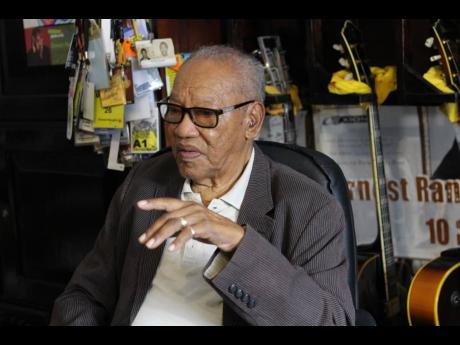 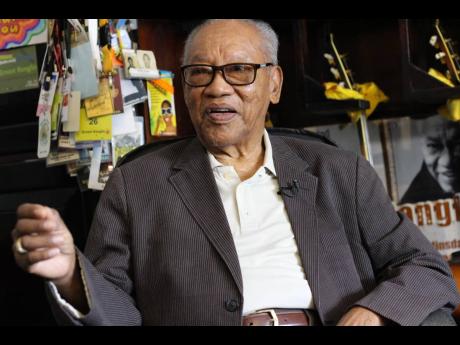 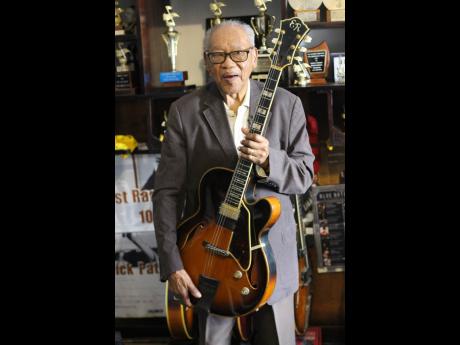 “I really had to go through some rough times to accomplish all that I have,” said Ernest ‘Ernie’ Ranglin of his noteworthy career as a musician and as one of the contributors to the development of Jamaica’s distinct rhythms.

A true music polymath, Ranglin has tackled every Caribbean genre from mento, ska, reggae and Afro-Cuban to Latin-Caribbean infused jazz. Though jazz is not the first genre to come to mind when one thinks of music originating from Jamaica, music exploration for Ranglin knew no bounds.

He delved into the deepest realms of the jazz and blues underground in New Orleans in the United States, as well as the home of the indigenous peoples of Africa to dig up musical ‘roots’, literally trying his hand at the lot – and today, he stands out as a true survivor of the odyssey.

His first professional experience was with the Val Bennett Orchestra in the 1940s. He transformed into a prolific session ace with perfect pitch, and while his main musical domain was jazz and reggae, Ranglin – as some of the albums he produced later in his career can attest to – became skilled at playing derivatives of Latin American sounds like the merengue and mambo. Several bands sought out Ranglin’s touch, including the Eric Deans Orchestra, which he transitioned to in 1950 at the age of 16.

Sitting in the cosy, studio-office space of his quiet north coast residence, the 87-year-old prodigy told The Gleaner, “It was discovered from early that my fingers were my greatest tools.”

A self-taught guitarist and music arranger, Ranglin said that because of an inquisitive mind, he learned how to play the instrument for which he earned global recognition – being born into a musical family was an asset. The interest in the guitar, he shared, came from watching his uncles who played the instrument.

“Whatever they knew I learnt, and this was in the elementary stages of my childhood, a little boy of age four or so. I listened to how it was tuned and watched closely how to manoeuvre the strings to play a couple chords, then I would steal a little practice off their guitars when they left home for work,” he stated.

Ranglin’s love for the guitar and music did not wane. He explained that he was an overachiever, in more ways than one, who easily became bored with the idea of being institutionalised, that by his teenage years, he opted out of school to pursue music – much to the disappointment of his parents. This meant he had to find ways to support his dream.

“It was either a regular job working every day, spending money on suits for the entire week, or doing music where I would not have to work the entire week and finish my entire salary on keeping up appearances, because I could make more money on the weekend alone,” he explained about not taking the traditional professional pathway.

“My level of skill helped me to get a break; having sat down and said, well I know I am capable enough to try and if I study the music I can make it. I bought the ‘Beginners for Guitar’, continued to teach and prove to myself. In the space of two years I could match the professionals with being proficient in reading and playing music.”

Throughout the ’50s, Ranglin toured the Caribbean. Never short of work, the guitarist gradually established himself as a musical director and key arranger, working with producers such as Clement ‘Coxsone’ Dodd of Studio One and Chris Blackwell of Island Records, who took him to England. His accompaniment transformed Millie Small’s My Boy Lollipop, recorded on Blackwell’s label, into a hit and was the first example of ska permeating the walls of pop music.

“Arrangers were a rarity back then, so I was very popular among the artistes then that wanted to do their recordings,” he said.

By the time Ranglin returned to Jamaica, he was recognised for remodelling what became the signature groovy, offbeat pattern of ska. It was a selling point for the hotels and he commanded that scene. He became a source of sound for many of reggae’s burgeoning stars of that era of the 1960s to 1990s, including Bob Marley, Toots and the Maytals, Prince Buster, The Skatalites and Jimmy Cliff.

Though credited as an architect of modern Jamaican music, he remained one of many musicians who were unpaid and unrecognised for his earlier work, simply humbled to know the music had huge global impact.

Still, some of his greatest works were his own, from the debut album Guitar in Ernest, Wranglin and Below the Bassline for Island Records, to In Search of the Lost Riddim and Bless Up, one of the most recent, released in 2012 in association with Avila Street Records.

“I look at all the work I have done, majority of which I did not get anything for but I managed to survive. I am happy I was able to do what I did for the people and they came out on top, and I will continue to survive because with whatever I have, I know my heart is clean,” he expressed.

“I am going for 88 years old and very few men have lived to see that age. I can only give thanks for that credit.”

Now retired for little over two years, Ranglin revealed that he has not been playing as much as he used to, but would like to return to one of his most favourite destinations of his lifetime of tours.

“I would love to retire in South Africa; it is beautiful and one of the places I enjoyed performing. It is my desire to have somewhere there that I can go to live,” he said.

■ Ernest ‘Ernie’ Ranglin is a lover of cricket and football and would find a playing field after school to participate in the sports. However, his interests in the sports also resulted in him being punished with writing ‘lines’ for playing in his uniform, which passers-by pinpointed because of the epaulette. This is one of the catalysts that made him decide to opt out of the traditional school system.

■ As member of the Eric Deans Orchestra, Ranglin was part of the first tour for Jamaican musicians to Haiti where they played at the inauguration of President Paul Magloire.

■ For the James Bond film, ‘Dr No’, he was hired by Carlos Malcolm, who at the time was the music director for the Jamaica Broadcasting Commission (JBC), to compose music for some of the scenes set in Jamaica. He was contracted by JBC as a guitarist between 1958 and 1965.

■ There are two documentary films with overlapping titles, ‘Roots of Reggae: The Ernest Ranglin Story’ directed by Christoffer Salzgeber, and ‘Rocksteady: Roots of Reggae’ directed by Stascha Bader, released in 2006 and 2009, respectively, that serve as a tribute to his contribution to Jamaica’s music.

■ Ernest ‘Ernie’ Ranglin was honoured with the sixth national order, the Order of Distinction, in 1973.

■ In 1999, he was presented with the Marcus Garvey Lifetime Achievement Award by the Institute of Caribbean Studies in Washington, DC.

■ The University of the West Indies awarded him with an Honorary Doctorate Degree in 2002 for his outstanding contribution to the development of music in Jamaica.

■ In 2008, Ranglin was inducted into the Jamaican Music Hall of Fame by the Jamaica Association of Vintage Artistes and Affiliates.