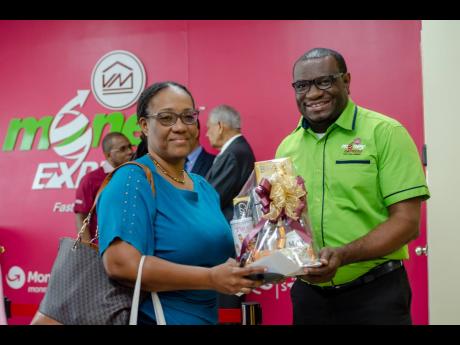 The location was officially opened after a brief ceremony held on January 31 and was attended by Mayor of Savanna-la-Mar, Bertel Moore, members of the Victoria Mutual executive team, as well as team members and customers.

Moore, in his remarks, noted that he was pleased to welcome the new VM Money Express to Savanna-La-Mar. “It’s a growing town. We have had some setbacks, but we are moving forward,” he said. He added that he was elated about the new jobs that the VM Money Express location created for the people of Savanna-la Mar.

Chief Executive Officer of the Victoria Mutual Money Transfer Services, Michael Howard, noted the new VM Money Express location is an important ­connector for the brand. “It’s an ­opportunity based on the research and feedback from the community. Savanna-la-Mar indicated that they wanted a full-service location that can ­provide money-­transfer services, and other financial ­services that will come soon, in a safe and ­convenient location,” he said.

Howard also shared that based on research and interactions with Savanna-la Mar, community ­members had longed for a location that would always have cash available.