Legal Scoop | Mash down that house! - The case of Sarah Chin-Jen Hsia and others v Martin Lyn and others 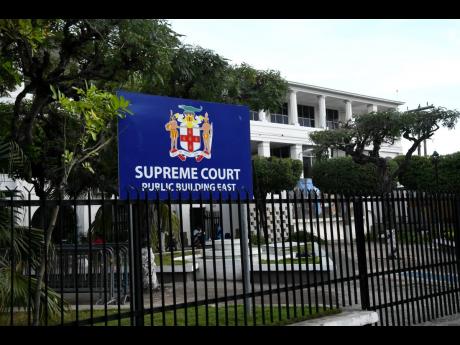 Today’s Legal Scoop will focus on the recent, much-talked-about case in which the demolition of a multi-family residence (the development) in the Vale Royal, ‘Golden Triangle’, community, was ordered.

Applications before the Court

The judgment in question was handed down by Supreme Court Justice Judith Pusey on January 21, 2020 and concerned an application by Martin Lyn and his two children (the Lyns) for modification of certain restrictive covenants on the title to the Golden Triangle property they owned. In summary, the restrictive covenants restricted the user of the land in question to a single residence with appropriate outbuildings.

A second application by Sarah Chin-Jen Hsia and others, opposing the construction of the multi-family residence in question (the Objectors),was also heard at the same time.

To better understand the issues before the Court, a chronology of the activities surrounding the development is instructive. The Lyns acquired the Golden Triangle property in April 2017. They applied for and received building approval in April 2017 which was made subject to an application to the court for modification of any relevant restrictive covenants. Without commencing the application to the courts for modification of the relevant restrictive covenants, the Lyns began construction. On September 18, 2017, the Lyns filed the necessary court documents for modification and discharge of the covenants. The Objectors were served with legal notices in respect of the development in February 2018 and filed their objection. A letter dated May 16, 2018 to cease and desist construction until the matter of modification had been determined was sent to the Lyns, but was disregarded. On December 14, 2018, an injunction was granted in the Supreme Court mandating that construction should cease and forbidding occupation of the premises until the matter of the modification was decided. This too was disregarded.

Issues Before the Court

As summarised by Justice Pusey, the issues before the Court, included:

- Whether the Objectors were entitled to the benefit of the restrictive covenants endorsed on the title.

- Whether the restrictive covenants should be modified in accordance with section 3 of the Restrictive Covenants (Discharge and Modification) Act.

The Objectors, however, disagreed. They argued that if the modifications were permitted, it was likely to be substantially detrimental to the comfort and convenience of occupiers of adjoining lands as there would be increased traffic, noise from increased density and would change the character of the neighbourhood. Counsel for the Objectors, Emile Leiba of DunnCox, also argued that the building approval of the Kingston and St Andrew Municipal Corporation was conditional on the Lyns getting the relevant covenants modified. The Lyns had, however, gone ahead and completed the construction, despite objection, and were really asking the court to rubber stamp their deed. This in itself, he argued, was a distinct basis for refusing the application. Further, he submitted that the restrictive covenants still achieved practical benefits to the Objectors, including privacy, low density of occupation, peace and quiet, security and maintenance of high property values.

Having considered all the relevant evidence and submissions on the issue of whether the restrictive covenants were to be modified and having gone and viewed the area personally, Justice Pusey concluded that the Lyns had not satisfied any of the necessary grounds to obtain the orders they sought. Furthermore, even if the Lyns had satisfied one or more ground(s), the Court, nevertheless, had a discretion in matters of this nature which it could exercise. In the exercise of a discretion, however, according to Justice Pusey, regard must be had to the conduct of the applicants in carrying out the development. She then went over a chronology of the activities surrounding the development and noted as follows:

“In spite of all this objection and intervention, the applicants completed the construction and occupation of the property before this matter, which they placed before the Court, was heard and in breach of the building approval and the orders of the Court made on the application for interim injunction.”

In giving evidence, Mr Lyn had tried to explain that at the time when the injunction was imposed the building was 90 per cent complete and he had spent in excess of $100 million and could not stop construction at that juncture, as windows and door were not in place and the structure would be exposed to the elements and to pilfering. The court was, however, not swayed by that argument and Justice Pusey went on to conclude that had she needed to resort to her discretion, she still would not have decided in favour of the Lyns as, “he who comes to equity must come with clean hands”.“He who seeks equity must do equity”. The Lyns had not come to the court with clean hands, they had failed to act equitably.

Having determined the first two issues in favour of the Objectors, Justice Pusey then went on to order the demolition of the property in question and its conversion to single-family residence in keeping with the restrictive covenants on the title. No doubt this ruling will be appealed, and we will watch the developments carefully. Until such time, however, this decision is welcomed. The ruling sends a clear signal to the heads of the various developments taking place across this country, many of which are being hurried along, albeit with clear breaches.

“The courts of Jamaica will not hesitate to make bold calls, simply because significant monies have been expended!”

Shena Stubbs-Gibson is an attorney-at-law. Send feedback to email: shena.stubbs@gleanerjm.com or

This column is printed every other week.