The life and times of Oliver Frederick Clarke 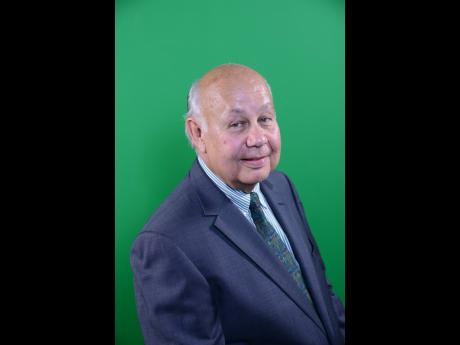 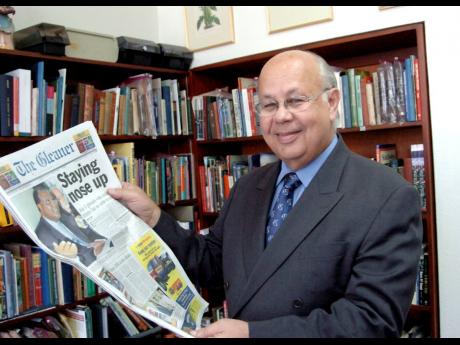 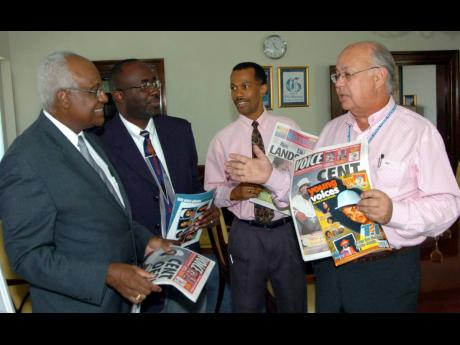 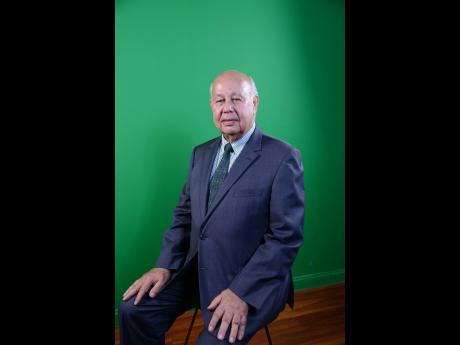 Oliver Frederick Clarke was born on October 19, 1944, to Eric Hugh Clarke and his wife Zena, nee Whitelocke, in Kingston. Both genes and environment were critical factors in his development and prepared him for his phenomenal success in business, the uncompromising and visionary leadership he gave to corporate Jamaica, and a lifetime of public service.

Oliver’s great-grandfather Henry Clarke (1828-1907), the patriarch of the family, was born in England and moved to Jamaica in 1847 to join the teaching staff at Mannings Free School in Savanna-la-Mar. Over the next 59 years as a cleric in the Anglican Church, founder of the Westmoreland Building Society and elected member of the Legislative Council, Henry Clarke would make an outstanding contribution to Jamaica’s development. He was fittingly eulogised as a man who “worked and fought throughout his long life to serve the ordinary people of Jamaica”.

Oliver’s grand-aunt, Edith Clarke (1896-1979), is regarded as Jamaica’s first anthropologist, and her seminal work, My Mother Who Fathered Me, earned her a well-deserved place in academia. As a director of Jamaica Welfare, advocate for the rights of women and children and the first woman to be appointed to the Legislative Council, Edith Clarke gave long and dedicated service to the Jamaican people. Oliver’s father, as pen-keeper, planter, chairman of the Westmoreland Building Society and chairman of the Manning’s School Trust, created a home environment that gave the young Oliver an early orientation to business, as well as to maintaining the family tradition of community service.

Oliver began his formal education at DeCarteret College in Mandeville before going off to England to enrol at Sherborne College. He then entered the London School of Economics (LSE), where his famous grand-aunt, Edith Clarke, had studied anthropology. After graduating, from LSE with a BSC in economics, Oliver returned to Jamaica in 1969 to join the Westmoreland Building Society as assistant general manager. To the family business he brought energy, initiative, vision, thrift and very long and hard hours of work, which earned him a promotion to general manager in 1971. By 1974, the Westmoreland Building Society had grown into the Jamaica National Building Society with its head office in Kingston.

Oliver Clarke recalls a discussion with Leslie Ashenheim in 1976 during which Ashenheim, who was then chairman of The Gleaner Company, invited him to join The Gleaner. The directors of Jamaica National acceded to his request for a two-year secondment, and it was in these modest circumstances that he began his relationship with The Gleaner, one that would last for over five decades.

As the new managing director, Oliver took over a company “in fairly bad financial condition ... [which] did not have the best of labour relations”. He was excited by the challenge and immediately set out to improve the company’s finances. In 1978, he issued a debenture for $4 million, which was oversubscribed by corporate Jamaica as well as hundreds of ordinary Jamaicans. In one stroke, The Gleaner paid off its major debts and widened its shareholder base. It was a stellar performance by the 34-year-old Clarke, which established the independence that The Gleaner has enjoyed since.

The 1970s was a decade of radical economic and social change for Jamaica, led by Prime Minister Michael Manley, who became president of the People’s National Party in 1969 and led the party to a landslide victory in 1972. In the first decade of Independence, Jamaica had continued to experience impressive economic growth, but the gap between the haves and the have-nots had widened. Manley’s administration launched a programme of radical economic and social transformation to achieve a more equitable distribution of the society’s wealth.

Deep divisions developed within the society when the Government nationalised the ‘commanding heights’ of the economy and began pursuing an independent foreign policy to include relationships with communist countries. Oliver Clarke was among the leaders of corporate Jamaica who perceived the economic policy of the Government as a threat to private enterprise. It was entirely consistent of the man that he took the lead in the course of action which led to the coming together of the private-sector associations, companies and individuals to establish The Private Sector Organisation of Jamaica (PSOJ) in 1976. His continued leadership role in the PSOJ’s programme to protect the interest of the private sector led to his election as president of the organisation he had helped to found.

The relationship between the Government and The Gleaner became strained and deteriorated further when Prime Minister Michael Manley led a march on The Gleaner on September 25, 1979, and made a speech in which he protested what he regarded as unfair journalism against his administration. The march ended with a warning from Manley: “Next time! Next time!” Oliver Clarke regarded this as “bringing pressure on The Gleaner to influence editorial policy or, indeed, to close the company,” and launched a campaign to protect the free press, which he regarded as a critical pillar of democracy. In this campaign, Oliver Clarke recalls that The Gleaner’s “membership of the Inter American Press Association and of the Commonwealth Press Association stood us in good ground”. He maintained a dominant presence in both international press organisations and was eventually elected president of the Inter American Press Association.

Despite the tremendous demands of The Gleaner, Oliver Clarke expanded his profile as a leader of corporate Jamaica. He held the position of chairman of JNBS from 1977 to 1997, and served as deputy chairman from 1997 until 2002, when he was reappointed chairman. On February 1, 2017, he was appointed chairman of the newly launched subsidiary, the Jamaica National Bank, as well as the restructured mutual holding company, The Jamaica National Group and the JN Financial Group. He was also the chairman of JN Money Services Ltd (JNMS), the parent company of the JNMS overseas companies in the United States of America, Canada and the United Kingdom, and still made time to serve as a director of JN Small Business Loans Limited.

Despite the growing demands on his time and talent, Oliver Clarke’s managerial skills enabled him to maintain focus on his project to modernise and diversify The Gleaner. In 1990 The Gleaner broadened its portfolio to include radio with the acquisition of shares in Power 106. Next came The Gleaner’s website, Go-Jamaica. The installation of a new 16-unit, two-folder Gloss Urbanite press facilitated advance printing in colour and significantly transformed The Gleaner’s printed products. The Gleaner also established a presence in the Jamaican diaspora with the publication of the Weekly Star and Weekly Gleaner in North America and London.

A feature of The Gleaner which made Oliver Clarke particularly proud was the publication of the Stone Polls by the eminent social scientist, Carl Stone. The phenomenal impact of Stone’s public scholarship was the result of his brilliant mind and his willingness to share with the public the fruits of his scholarship. He developed his own original techniques of training, sampling, interviewing and analysis which he combined with his formal academic training and closeness to the pulse of the people to produce opinion polls of extraordinary accuracy. The Stone Polls came to be regarded as a reliable scientific means of discovering and presenting the views of ordinary Jamaican people.

Carl Stone pioneered the systematic study of voting behaviour in Jamaica and brought public opinion polling to the Jamaican political process and, using empirical evidence, developed a body of ideas about the Jamaican electorate.

Oliver Clarke was also keen on expanding The Gleaner’s contribution to the education process. This was reflected in the publication of the Children’s Own magazine , out of which the Spelling Bee Competition emerged. In response to the increasing violence in the society, The Gleaner launched the Peace and Love in Schools Programme (PALS) to teach conflict resolution in primary schools.

Oliver Clarke’s role as nation builder was reflected in The Gleaner’s sponsorship of a national forum for the development of public policy. This took the form of the Jamaica ‘think tank’ which brought together representatives of government, the private sector and academia for an annual consultation on public policy. Another was the introduction of the In Focus section of The Gleaner, which provides for a weekly compendium of commentaries on public policy.

As chairman of The Gleaner Company (Media) Limited and deputy chairman of the RJRGLEANER Communications Group, Oliver Clarke has bequeathed to the people of Jamaica a dynamic institutional framework for the dissemination of information and public discussion by a free press. His passing has left a void that is not likely to be filled.