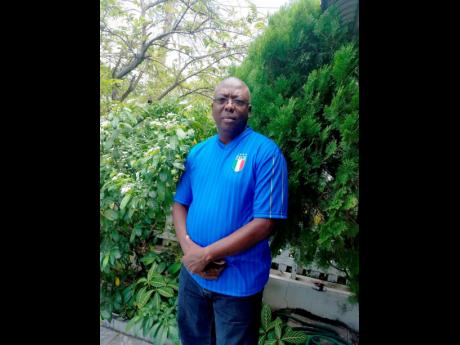 Barrington Deer was one of the closest associates of the man affectionately called ?OFC?, reporting to him for 28 of his 32 years at The Gleaner Company.

Deer, from the gritty south St Andrew community of Arnett Gardens, said he did not cry when his own father died but choked up at the loss of the late media mogul Oliver Frederick Clarke. They were each other?s confidants, he said.

He got a job at The Gleaner Company in 1988 ? just after the country had been walloped by Hurricane Gilbert.

?I began reporting to him in 1992. He was a gem of a person, humble beyond words. Very strict and principled. He ruffled feathers with his pen, but it was for the best interest of Jamaica,? Deer, a bearer, said during an interview yesterday.

Deer said that shortly after Clarke?s cancer diagnosis, he encouraged him to write his memoirs, but Clarke said it was too much fuss.

?That man make me know things. Take me to places that I have never been. And he always say, ?Nobody is ever bad before his eyes. But what he would always do is give everyone enough rope. ... You had to prove yourself bad,? said Deer.

?He looked out for my family. He celebrated my daughter?s secondary-school examination success with us as a family, took us all to the circus that was here. He had a heart,? said Deer, who visited him last Thursday, rubbing his head three days before he took his last breath.

Their final exchanges will remain sacred, said Deer, much like many other conversations the contents of which will never be told.

Gillian Blackstock was tasked with serving all Clarke?s meals at The Gleaner Company for the last 20 years and learnt over the years his dietary dos and don?ts.

?He would never embarrass you if something was on the plate that he shouldn?t eat. After the meeting, he would remind you that he does not take whether sugar or something else. He wasn?t a picky eater, either,? she said.

Blackstock said he always introduced his guests to her and made her feel appreciated at his meetings.

?He was a very kind man and a man of his word. He always asked about what we were interested in, asked what we were doing, and questioned us about how far we were in pursuit of that.

?I miss him long before this. But this is permanent. I don?t know how I am going to manage,? she said yesterday.