Can ‘pay what you can’ work for Caribbean tourism? 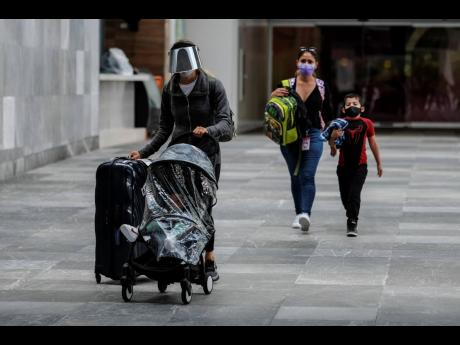 AP
Caribbean tourism is dependent on overseas visitors flying in. 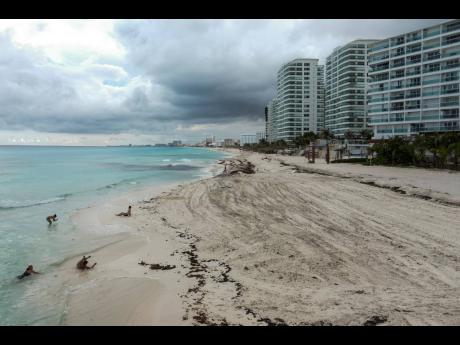 In Maine, in the northeastern United States, the lodging industry has devised a rather innovative means to remain open and keep income flowing so that they can make the required upgrades to meet regulations stipulated by the US Centers for Disease Control and Prevention (CDC).

A few of them are offering ‘pay-what-you-can’ promotions to residents in the hope of making up for June cancellations, in the first instance, due to COVID-19.

The promotion is the brainchild of Aaron Sprague and Karen Roper, the co-founders of Acadia Yurts and Wellness Centre, a luxury glamping destination just outside the gates of Acadia National Park on Mount Desert Island, the largest island off the coast of Maine.

“We didn’t put in any kind of minimums. We didn’t even give any suggestions as to what they could pay,” Sprague was quoted by local television channel, News Center Maine, as saying.

Like the Caribbean, Maine’s economy relies heavily on tourism, and was ranked by Lonely Planet, one of the world’s largest travel publications, as the number four destination for travellers in 2020. The state welcomed over 37 million out-of-state visitors last year, who spent US$6.5 billion.

And, like the Caribbean, widely believed to be the world’s most tourism-dependent region, the precipitous fall in tourist arrivals due to the coronavirus outbreak has left Maine’s hotel sector on the brink. It’s the urgent necessity to remain afloat that became the mother of the ‘pay-what-you-can’ invention in Maine. However, a similar promotion in the region is unlikely to be as much help to Caribbean hotels, according to Karolin Troubetzkoy, the executive director of the luxurious Jade Mountain resort in St Lucia, and the immediate past president of the Caribbean Hotel and Tourism Association (CHTA).

“There is no doubt that globally, destinations and hotel brands will be competing heavily to attract the visitors currently willing to travel, whether it is by showcasing their enhanced sanitisation standards or make the proverbial ‘offer you cannot refuse’. I don’t think you will see a ‘pay-what-you-can’ approach developing widely, though,” said Troubetzkoy, who is also president of the St Lucia Hotel and Tourism Association.

Jamaica’s hotel sector has experienced at first hand the cruelty of COVID-19. Having begun 2020 on pace to attract 4.5 million visitors – the first two months of the year registered a 5.5 per cent rise to 1.25 million visitors who spent US859 million – the numbers “fell to zero” as of March 10, according to Ed Bartlett, the tourism minister.

The reopening of the borders to international travel on June 15 is expected to bring a little relief. However, STR, the US-based market research company that provides data on the global hotel industry, told The Sunday Gleaner that the latest daily data for the week ending June 13 revealed “not enough daily participation yet” for an occupancy rate for Jamaica.

“Too many hotels have been temporarily closed and are just not reopening,” said Emile Gourieux, STR’s business development executive for hotels in Canada, the Caribbean and Mexico.

For the Caribbean region as a whole, absolute occupancy for the week ending June 13 was 11.9 per cent, breaking out of single digits for the first time since the beginning of the global health crisis, according to STR. Critically, revenue per available room was down 88.9 per cent, compared to the corresponding week last year, according to STR data.

And the prospects for a quick return to pre-COVID numbers aren’t good, despite much optimism that the region will eventually recover. Demand will be first to be back, followed by occupancy, with average daily rates (ADR) trailing, said Gourieux. However, it will be some time yet before this happens.

“So, we need to see how hoteliers react once demand starts returning and what kind of rate strategies they will take. Our data shows that in past downturns, it has typically taken twice as long to recover ADR as it did to lose it. In other words, if it took ADR one year to fall from peak levels to the bottom, it has taken two years for ADR to climb from the bottom back to peak levels,” the hospitality expert explained.

The rate strategy could include special staycation or ‘Caribcation’ rates for Caribbean residents, but even this could be problematic, particularly for small properties, Troubetzkoy said.

While larger hotels can more easily offer heavy discounts because of the large inventory, individually owned, smaller hotels and boutique properties are usually unable to offer similar discounts. Add the extra costs that come with the various reopening protocols, which include training and regular cleaning, and these properties are left in a bind.

In fact, these costs have become so onerous that at least one hotel in Antigua is planning to introduce a daily resort fee of US$24 per guest to help cover some of these costs, one tourism official there told The Sunday Gleaner. A move like this is likely to drive up the room rate, defeating the purpose of a Caribbean staycation.

“When you operate an island resort in the Caribbean, the staycation part of your business might be a good one in the first phase of reopening when you want to test your new protocols, but the staycation or even ‘Caribcation’ business will not be able to sustain all of our many Caribbean hotels,” said Troubetzkoy. “So, we are dependent on overseas visitors flying to us.”

It’s a difficult position for the region’s lodging sector, but it remains unclear if ‘pay what you can’ is a delicious enough alternative to empty rooms.