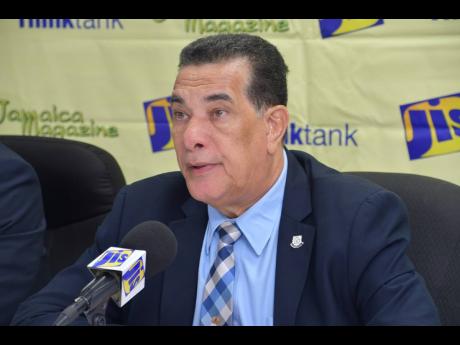 The St James Municipal Corporation has said political activists aligned to the People’s National Party (PNP), including a former councillor, are among the 24 illegal occupants of commercial lots at the Bogue Industrial Estates in Montego Bay, who collectively owe J$$123 million in outstanding rent to the corporation.

According to Councillor Homer Davis, chairman of the St James Municipal Corporation (StJMC), one of the 26 properties in question is occupied by a former PNP councillor, Martin Kellier.

“(Martin) Kellier’s lot priced at $9,590,458.49,” said Davis. “I think most of those who are there can afford to buy the property,” Davis told The Gleaner. “I think they were all made aware of this amount through their attorney.”

However, when contacted, Kellier told The Gleaner that the occupiers of the property are not refusing to pay, saying the fault was with the StJMC.

“We are not refusing to pay. We were in a negotiation with the council and they said we must pay six years’ mesne profit, which we started to pay. I gave them $1.2 million out of the $3 million which they said I owe,” said Kellier.

“They are supposed to give us a sales agreement from about 10 years now, and that is what we are disputing. We need to get the sales agreement so we can pay for the land instead of them coming up with some cock and bull story about owing money,” added Kellier.

The Bogue Industrial Estate property, which sits adjacent to the Fairview commercial complex in the south-eastern corridor of the western city, was first developed as an automotive node for street-side garages, but with subdivision delayed, the land was taken over by commercial squatters.

In his swearing-in speech as chairman of the St James Municipal Corporation in 2016, Davis promised the people of St James that he would complete the sale of lands, which has been the subject of much controversy over recent years.

“I think we probably might have to look at taking a big-stick approach because we have been very fair to these people. We are running out of patience now and a number of them, if not all, will be brought to court because we are going to be suing them for this outstanding money. We need the money, we have plans for the money,” Davis told The Gleaner.

The municipal corporation is projecting to collect over $130 million between the actual sale of these 26 commercial lots and the outstanding portion of $123,591.006.35 for back rent, of which part proceeds will be used to build a state-of- the-art shopping arcade for small vendors at the Old Shoes Market site on St James Street.

“We have already completed the drawings for an arcade at the Old Shoe Market. We need to get things going. Downtown Montego Bay can’t stay the way it is now. Central government is not going to give us that money, and that is the only area that we can realise 700 million in sales,” said Davis.

“We have instructed our local attorney to proceed to collect with a view to entering into a sales agreement with those who clear up their outstanding back rent. Persons are there who are willing to buy, but there are others who are there who think that they can frustrate the system,” added Davis.