Jamaican woman stuck in US cries for help 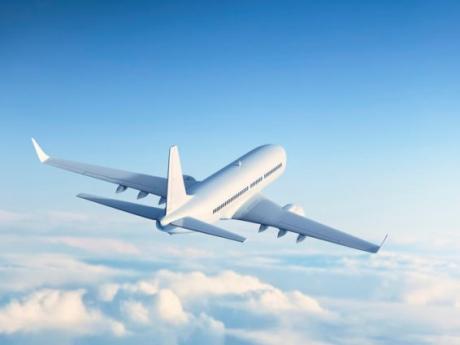 Brooks says her absence from Jamaica is taking a toll on her children.

Stuck in the United States after what was supposed to be a weekend visit, Jamaican Juliet Brooks cried openly Wednesday night in an interview with The Gleaner, uncertain when the Government will allow her to return home.

The mother of two said her quick run to Fort Lauderdale, Florida, last Thursday on Independence Day has turned into a nightmare.

Brooks was scheduled to return last Sunday; however, after checking in her bags at the Ft Lauderdale International Airport, en route to Kingston, she was told by a JetBlue representative that she could not board the flight without authorisation from the Government under the JAMCOVID re-entry programme.

“When I was leaving Jamaica I was never aware that I had to get an authorisation to return home from a weekend trip,” she said, explaining that by the time she applied for permission and waited for a response, her flight had departed without her.

She was forced to rebook.

Little did she know that her troubles had just started, as it took JAMCOVID two days to approve travel, and it was later discovered that the authorisation letter had a digit missing from her passport number.

“Although they requested and I sent them the picture section of my passport with the number, the letter they sent back had an incorrect number that I did not pick up,” she stated, adding that she went back to the airport on Wednesday morning, having rebooked her ticket at a cost of US$240 plus taxes.

“When the agent recognised a digit was missing, and the numbers were not corresponding with my passport number listed in the authorisation letter, they refused to allow me on the flight, stating that I had to alert JAMCOVID or VisitJamaica.com.”

She said she attempted to contact JAMCOVID and waited at the airport for an hour, but was forced to return to her sister’s home, where she has been staying since her arrival in the US.

Owing to the long wait in getting the letter corrected, Brooks said she tried to reapply but was told that she had already received approval.

She said that on contacting JAMCOVID, a representative informed her that the request is being forwarded to the relevant authorities.

“They took the information from me and I was told by the representative that she would keep checking throughout the day to see if the correction had been made,” said Brooks.

About 6:30 p.m. on Wednesday, she called again and received the same response.

“It seems like I am stuck in the US. They say the only thing they can do is put ‘urgent’ on it [the request], because they are the middle persons and can’t make the required correction to the authorisation letter.”

Up to 9:30 p.m. Wednesday night, Brooks remained in the same position.

“My biggest fear is I am trapped here and nobody cares. I want to return to my children,” she said while crying.

“Every day is runaround, runaround, and it seems like I am not going to return to Jamaica. I don’t want to stay in the States,” she pleaded.

She noted that it costs to reschedule her ticket.

According to Brooks, the situation is taking a toll on her children, and that her teenage daughter who was supposed to start a summer job on Monday lost the employment because she had to stay home to care for her younger sister.

“The uncertainty is traumatic,” said Brooks.

According to her, several persons are being turned back at the airport daily because they aren’t aware of the JAMCOVID requirement to return to Jamaica.

Brooks went to Florida to get back-to-school items for her children.