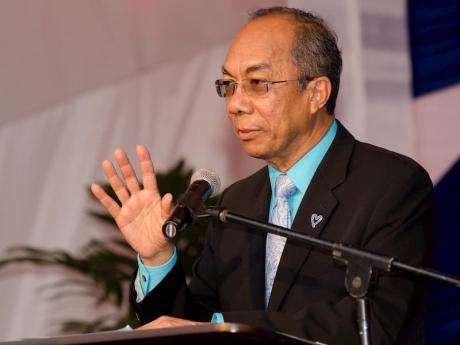 Minister of National Security, Dr. Horace Chang, has condemned the recent alleged coordinated attacks on police officers and their families, resulting in the death of 67-year-old Clifton Green, the father of a detective inspector of police, who resided in the community of Riversdale, St. Catherine.

“These targeted attacks on our police officers to disrupt law and order and incite public fear and panic are of grave concern and will not be tolerated. No stones will be left unturned in these matters and the security forces will not rest until the perpetrators have been brought to justice”, said Minister Chang.

The Minister added that under the leadership of Commissioner of Police, Major General Antony Anderson, the Jamaica Constabulary Force will not be deterred and will be re-doubling its efforts to dismantle gangs and restore peace and safety in communities.

In noting that these incidents will not be allowed to impair the fight against crime, Minister Chang said the Bill to amend the Anti-Gang Legislation was returned to the Ministry recently.

“This administration”, he said, “will continue to work hard to strengthen the provisions of the Anti-Gang Legislation to bolster prosecutions against gangsters while deterring crime”.

Meanwhile, Dr Chang has expressed condolences to the family of two sisters who were murdered in Mona Commons recently, as well as a pregnant woman in Williamsfield, Manchester, on Friday, September 18.

The Minister is appealing to citizens who may have information that can assist the police in their investigations to call Crime Stop at 311 or visit their nearest police station.