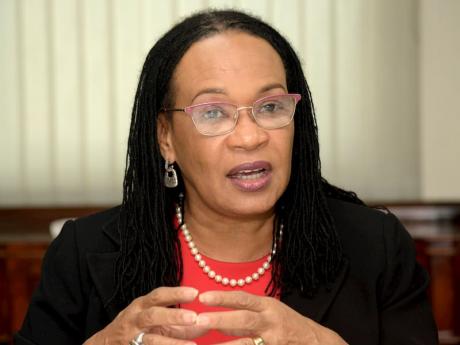 Senator Donna Scott-Mottley, leader of opposition business in the Senate, says it is not too late for the government to change course in light of the judgment by the Supreme Court that the detention of persons under the State of Emergency (SOE) is unlawful.

Senator Scott-Mottley said the government should acknowledge the significance of the ruling of the court on the unconstitutionality of the detention orders under the SOEs and should take immediate steps to discontinue the strategy in its present application.

"While we agree that the wanton slaughter of our citizens cannot continue unabated, any action taken to stem this scourge must be done in a manner which does not abridge the rights of citizens," she said.

“The detention of persons for extended periods without charge, some for more than a year, is unacceptable in a civilised and democratic society. We must find new ways to deal with the incidence of crime and violence across several communities.”

According to Scott-Mottley, the government’s reliance on SOEs as the "centre-piece of its public safety and crime-fighting strategy", is at variance with the tenets of the Charter of Fundamental Rights and Freedoms, which provide comprehensive and effective protection for all persons living in Jamaica.

"As quoted in the lengthy decision about the Charter, The newly inserted Section 13 (i) of the Constitution reads: 'whereas (a) the state has an obligation to promote universal respect for, and observance of, human rights and freedoms; (b) all persons in Jamaica are entitled to preserve for themselves and future generations the fundamental rights and freedoms to which they are entitled by virtue of their inherent dignity as persons and as citizens of a free and democratic society; and (c) all persons are under a responsibility to respect and uphold the rights of others recognised in this Chapter.' This Chapter, it continues, guarantees the rights and freedoms as are set out in subsection (3) and (6) of this section and in section 14, 15, 16 and 17,”  Scott-Mottley said in a statement.

Senator Scott-Mottley said for months the Opposition, through various spokespersons, have tried unsuccessfully to impress upon the government that a state of public emergency as defined by the constitution of Jamaica, was never intended to be used as a crime-fighting tool in the manner in which they were implemented.

"As an Opposition, we reluctantly continued to support Parliamentary approval because the government arrogantly refused to present a workable and appropriate alternative and we sought to avoid politicising the issue. We are, therefore, pleased with the decision of the court, confirming this view that the application of the SOEs is in violation of citizens’ rights. This public safety and crime-fighting strategy was flawed. Still, the government persisted in its arrogance and detained hundreds of innocent citizens without cause, who were forced to seek redress, as they should, in the court," the Senator said.

She added this is not the first time that a strategy of the government has been found to be in contravention of the constitution, but that, in this instance, the government would act swiftly in crafting a new way forward in its crime-fighting strategy.