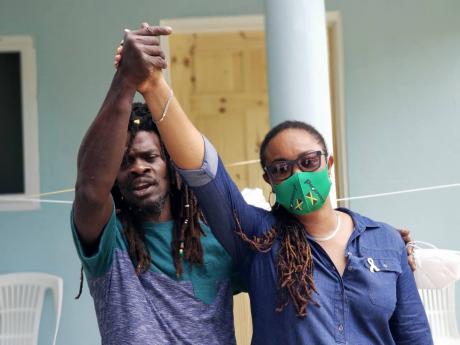 Contributed
A grateful Ivan ‘Badcare’ Lawrence raises the hand of Genevor Gordon-Bailey, councillor for the Lime Hall division in St Ann, in appreciation after getting a house to live in. 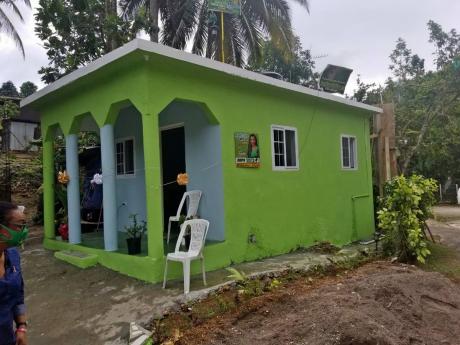 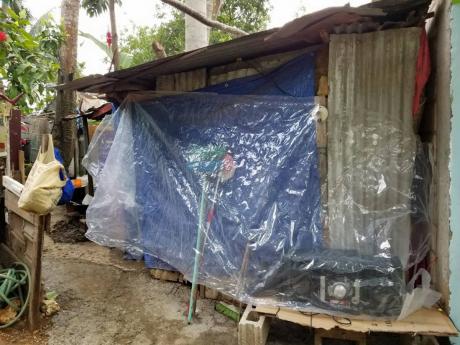 Contributed
This is where Lawrence used to live.
1
2
3

Living under a zinc-and-tarpaulin structure and getting stoned at nights by unruly youngsters is really an awful way to live.

But this is what 51-year-old Ivan Lawrence, also known as ‘Badcare’, of Lime Hall, St Ann, had to contend with over a period of time.

One Sunday morning after a night when his humble abode was again stoned by undisciplined culprits, he ended up at the home of the councillor for the Lime Hall division, Genevor Gordon-Bailey, and, with tears in his eyes, told her frankly, “Councillor, I want somewhere fi live. Some bwoy nuh stop stone mi likkle place a night-time.”

Gordon-Bailey, who knew of Lawrence’s situation prior, was so touched by his outcry that by the next day, she was able to confirm with him that she would offer some assistance under her 2020 legacy project.

On Thursday, Gordon-Bailey handed over the gift of a lifetime to Lawrence: a studio apartment built at a cost of $1.5 million. Some of the same youths who used to stone him at nights were there to witness Lawrence’s elevation to a decent place to live.

“It’s a legacy project which was activated in April, but based on what we’re going through, we started it in June,” Gordon-Bailey told The Gleaner.

“He was living under zinc and tarpaulin, and now he has a studio apartment consisting of bedroom, bathroom, and kitchen. It’s a concrete structure with decked roof, complete with electrical wiring and water connection. He also received a water tank because the area has water problems,” she said.

“We got $1.2 million from the municipal corporation for the legacy project, and we had donations, so we ended up spending about $1.5 million.”

Another $122,000 in donated funds was used to provide furnishing for the apartment, and this covered, among other things, a bed, a dresser, a television, a fan, a table chairs, a refrigerator, a stove with gas, and a nice potted plant on the veranda.

The councillor said every dollar spent on the project had to be accounted for.

Lawrence was overwhelmed with the donation and shared just a few words with The Gleaner.

“Yes, man, is a good thing, and I appreciate it. Mi haffi big up di councillor and big up Andrew Holness,” Lawrence said.

This was Gordon-Bailey’s third legacy project and her most impactful one. Her 2018 project focused on building restrooms and a sitting area at the Steer Town Community Centre, and the 2019 one similarly focused on the Lime Hall Community Centre, which was renovated and a wall built.

“This is my third, and let me say to you that it is one of the greatest feelings for me as a councillor. I’ve done many projects and everything, but I just feel really good about this one,” Gordon-Bailey said.

The councillor expressed gratitude to those who assisted in making the project possible, including W&W Hardware in Steer Town, Teddy’s Hardware in St Ann’s Bay, Mrs Anita Bicknell, and community member Trevor Clarke, also known as ‘Bigga’, who built the house at a greatly reduced cost.