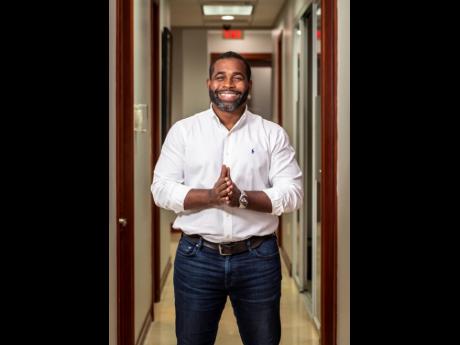 Caribshopper is providing a new and improved solution for Caribbean merchants – and homesick shoppers who long to indulge in their favourite treats – just in time for the holidays. Not only will they have the ability to shop for Caribbean goods online, they’ll also receive them in reasonable time.

Originally, the business focused on imports. “When Caribshopper first studied our business model, it was to support our merchants and consumers so there are no listing or membership fees. We don’t want to create barriers as our mission has always been to bring the Caribbean into the First World,” said Kadion Preston, co-founder and CEO of Caribshopper. “In establishing a sort of project ‘go local’, we thought building out the import side of e-commerce would help build out the export side.”

Launched in 2016, Caribshopper allowed Caribbean consumers to buy from United States retailers through partnerships with Amazon, E-Bay, and Walmart.

“We were the first company actually to allow for consumers to shop with cash,” he said, adding that “not many people locally had access to credit cards”.

Consumers could buy through the app and have it shipped directly to their doors in five countries across the region, namely, Jamaica, Antigua, St Lucia, Cayman Islands, and The Turks and Caicos, but after some re-evaluation, with his business partner and brother Tennyson Preston who takes on the role of chief information officer (CIO), the two decided to return to the drawing board.

Preston knew from an early age that he wanted to launch a business. Going back to his roots, he explained that his mother’s former business served as an inspiration to the business model he and his brother decided to strengthen.

“Growing up, we were able to see our mother launch her first business, which was the popular clothing store for children, Chuckie Kids, which was located in Tropical Plaza, and she used to import merchandise from name brands like OshKosh B’gosh, but I’d always remember she was discontented after seeing young mothers come in, saddened that they could not afford the clothes,” Preston shared.

“She herself went back to lay a new foundation by securing all the style sheets of major companies and instead of importing their products, employed seamstresses and was able to have clothing with the same look and even better quality for an affordable price, and more importantly, it was made in Jamaica. Her caring for the consumers resonated with me and my brother for years, even to this day,” he continued.

The import side of Caribshopper was paused and the brothers zoomed in on constructing a marketplace to support Caribbean merchants, an estimated 140 in Jamaica alone and up to 42 in Trinidad in exporting their products.

“The import side became congested, and in slowing that part down at the end of 2019 it tapered off within six months to focus on what we considered to be the pivot of Caribshopper and understand the pain points in getting products out; to build the best solution for Caribbean merchants to distribute and sell their products overseas,” he said. “We wanted to make sure we measured twice and cut once. We recognise what we have is a true business model and in it, we don’t have to help those larger, international brands to grow their market, and looking at it, this side of the business is dearer to our sights, but then 2020 happens.”

Even with the setbacks of the pandemic, the new beta version of CaribShopper was launched in October where approximately 485 products from food to health and beauty products were sold without marketing, Preston shared. Additionally, the platform allows for consumers to easily search and shop, and is expected to launch in Canada this weekend.

Caribshopper follows on its partnership with DHL eCommerce in North America and is fuelled by a direct relationship with its merchants, including brands that are positioned within Jamaica’s culture landscape, like National Baking Company, Tru-Juice, and Peppatree.

Imagine getting your favourite island treats like fruitcake, hard dough bread, spiced bun, gizzada and maybe patties directly, in a matter of five business days, Preston said, adding that “there is no need to look further for thoughtful gifts for family that may not have access to these Jamaican products”.

“A lot of the products come from small and medium-sized businesses in the Caribbean. We do not allow resellers. The commitment is to grow sales by reaching new customers globally and take all the stress of distribution or shipping logistics from the merchants, and all we ask is that they can have their products on our website as we navigate this difficult time,” Preston said.