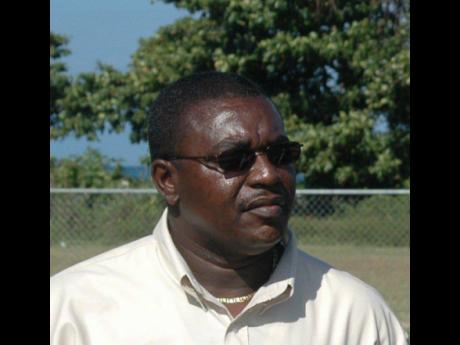 The St James Health Department is now working closely with police to disrupt the activities of thieves who are preying on farmers.

The health department has announced that an initiative was started on Monday, targeting meat shops, slaughterhouses, and butcher stalls in and around Montego Bay to ensure that the meats being sold to the public are from legitimate sources and not criminal suppliers.

The latest action by the health department comes in the wake of the killing of livestock farmers by criminals, who raided his Bickersteth, St James, farm last Sunday and stole his herd of goats

The murdered farmer, 54-year-old Chris Molton, was reportedly attacked and killed by a lone mask-wearing gunman inside a shop in the community. Hours after he was killed, thieves went to his house and stole his goats.

In expressing outrage at Molton’s death, Lennox Wallace, the chief public health inspector for St James, said it has become a pattern in St James over recent years for thieves to target farmers during the Christmas holiday period.

“We condemn the killing of any small business operator, and especially those who in this time will feed various communities,” said Wallace, reference the killing of Molton, a retired member of the Jamaica Defence Force.

“In December, there is always an increase in meat sales and that is why the St James Health Department, over five years now, with the Praedial Larceny Unit, which was headed by Deputy Superintendent of Police Kevin Francis, who is now based in St James in a different capacity, having persons working on the ground to root out praedial larceny.

“Just on Friday, we had the drive in the Charles Gordon Market, and we will increase the number of public health inspectors that are monitoring those areas to ensure that, one, the meat that is being sold was properly inspected and marked with the government stamp saying that it is fit for human consumption,” said Wallace. “We will also increase the staff, to include Saturdays and Sundays, in these areas.”

Wallace said the ongoing drive will continue for the entire Christmas holidays and will include the inspection of the satellite station (where animals are slaughtered) so as to cover any possible loopholes.

“We will be visiting the 13 satellite stations that are in the parish, we will be monitoring those sites to include the market and other areas, to ensure that only wholesome meat is being sold to the public for human consumption,” stated Wallace. “You know that, not only the police but public health works with information, and we have a very discerning citizenry. Persons who operate from the market know when these things are happening, and meats, which are not stamped, and persons who are not butchers, those meats will be seized.

“ We have had cases right now that are in court for over a year, and we would have successes of about 85 to 90 per cent, with the others still in court, so we are making headway as far as praedial larceny is concerned,” said Wallace.

Just days ago, Agriculture Minister Floyd Green said the Praedial Larceny Prevention Unit is ramping up their efforts of investigation and prosecution to curtail praedial larceny over the Christmas season. He also said the Government has categorised praedial larceny as organised crime.