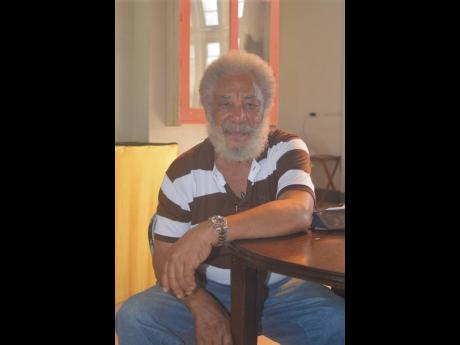 Seventy-year-old Trelawny resident Leon Jackson, who has been playing the role of Santa Claus almost every Christmas since 1985, will not be donning the iconic fluffy red suit with white fur trimming this year, as the COVID-19 pandemic has left him on the sidelines, robbing him of yet another chance to bring joy to the children in his home parish.

In reflecting on the 35 years he has been bringing happiness to children, even as far away as the Cayman Islands, the Trelawny correspondent for The Gleaner said it has always given him a special thrill.

“It was always fun and I looked forward to it. It felt like I was being a part of the community in a different form,” said Jackson. “But COVID is not going to go away by Christmas, even if it is controlled, so there is no Santa this year. And with the prospect of Santa not necessarily being around for the next one, I feel a little sadness because children are always looking forward to it.”

Jackson, popularly known as ‘Jacko’, had his first experience playing ‘Jolly Old St Nick’ during the Christmas of 1985 while he was living in the Cayman Islands.

“I used to live in the Cayman Islands and I was a member of the Rotary Club of Cayman Brac. When it came around to Christmas, they were going to have a treat for the kids, and among that was the act of giving them gifts from Santa Claus,” recalled Jackson. “I did not have a grey beard as I now have, but I was costumed to look like Santa.”

In recalling his first time playing Santa, Jackson said he was greeting the children when one particularly inquisitive child identified him by his first name, which, according to the local custom, required him to come up with a clever response to maintain the masquerade.

“In the Cayman Islands, there’s no ‘Mr or Ms So-and-So,’ as we are all on a first-name basis, and it did not matter whether you were a kid or an adult. I remember an inquisitive child, quite intelligent, who sat on my leg, looked up at me and said, ‘You’re not Santa, you’re Leon,’” said Jackson.

“I laughed my practised Santa laugh, ‘Ho, ho, ho,’ and I did not want to tell him any lie, so I said, ‘I didn’t come via the chimney, I came via Cayman Airways,’ which was the truth because that was how I came to the Cayman Islands.”

Jackson eventually returned to Jamaica in 1992 and the Santa persona returned with him, allowing him to continue the yearly tradition in Trelawny’s parish capital, Falmouth.

“You could always find me in and around Falmouth, and I would go to church here and be in club activities. I just looked forward to thinking how the costume would fit on me and prepare for that Santa Claus situation,” Jackson told The Gleaner.

“The last time I did it was in 2018, and it was in Falmouth, around by Water Square. At one time we had maybe six supermarkets, all operated by Jamaicans, and each store would have a Santa there for their customers. I was not moving from supermarket to supermarket, as there were other people playing the role; but now, no one is playing the role because of the COVID-19.”

While the enduring presence of the COVID-19 pandemic has affected the physical presence of Santa Claus, along with other Christmas traditions, this is not stopping Jackson from his gift-giving this year. He will be involved in gift-giving outreach work at the William Knibb Baptist Church in Falmouth, where he is a member.

“This church always does something for people. Right now, I have a list which I have been given to select items that I am going to give, and although I will not give it as Santa, I will choose people who are in need from that list and give to them,” said Jackson.