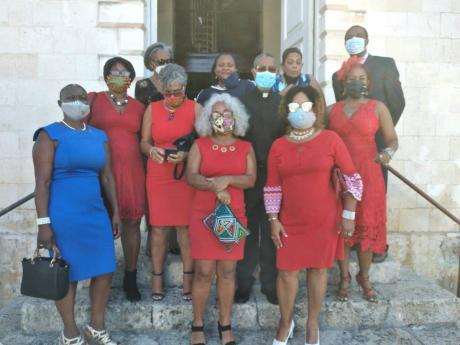 Several past students of the Montego Bay High School for Girls, now all grown women, continue to hold great pride in their sisterly bond with each other and their alma mater, a feeling they got to indulge in over the weekend at the school’s 85th anniversary celebration.

The three-day series of virtual events, held under the theme ‘Reminisce, Reconnect, Reunite’, was organised by the Union of Montego Bay High School Past Students’ Associations, a combination of the school’s six past students’ associations, and held online from December 11 to 13.

Roberta Hunter, the president of the Montego Bay High School Past Students’ Association of Montego Bay, said that the celebration provided a means of reviving and strengthening past friendships.

“The weekend events portrayed wonderful women of worth, and it was a way of rekindling great friendships, sharing jokes, and also learning more about our alma mater,” said Hunter, a member of the school’s graduating class of 1992.

“The battle for the school’s houses through voting on the Facebook page was a blast, and acceptance of pledges, by way of houses, was very competitive. We had a wonderful time, and a great future lies ahead for prospective associations,” Hunter added.

The celebration began with a Zoom party on Friday, December 11; continued with an online musical gala on Saturday, December 12; and climaxed with a service arranged for social distancing at the St James Parish Church on Sunday, December 13. Highlights of the weekend included efforts to raise over US$10,000 (J$1.4 million) to support the school, and entertainment by singers Romain Virgo and Connie Edwards.

Businesswoman Janet Crick, a member of the class of 1980, and whose mother served at one time as deputy headmistress, spoke with incredible fondness of the school’s longevity and accomplishments since its establishment by the Government of Jamaica in 1935.

“I feel extremely proud, as 85 years is a significant milestone, and one of the things that this weekend of activities has highlighted for me is how much we have achieved. Just hearing all the information in one block of time, about what we have been able to do over the years, and how many of our past students have excelled in various fields internationally, it is just fantastic,” said Crick.

Ava Marie Campbell, of the class of 2006, and who was Miss Jamaica World Cornwall 2012, praised the decision to hold the event via Zoom, which allowed many past students to take part in a way that some would not have physically been able to do.

“A lot of persons would not have been able to make it in person, and I think that is the biggest part of what happened this weekend, as persons were able to come on and join us, no matter what year you graduated or what country you live in now. This group makes me feel most at home and alive, and those years at Montego Bay High were the best years of my life,” Campbell said.