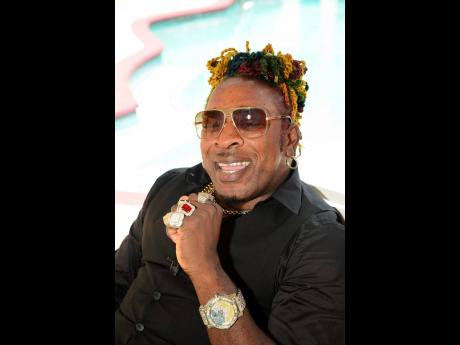 Popular dancehall artiste, Elephant Man, who is accused of lying to immigration authority about his alleged trip to Belgium, had his bail extended for him to return to the Kingston and St Andrew Parish Court on March 17, when he appeared in court on Tuesday.

At the time of the alleged offence in March of last year, Belgium was among a list of countries for which the Jamaican Government had restricted travels.

The entertainer, who was christened Oniel Bryan, is facing charges of making a false declaration and false volunteer declaration.

Kevin Sheilds, a disc jockey who was travelling with Bryan at the time of the incident and was similarly charged, also had his bail extended by Parish Judge Lori-Ann Cole-Montague. She further ordered that disclosure be made to the defence by February 19.

The matter was rescheduled for mention after the prosecution informed the court that the Communication Forensics and Cybercrime Division (CFCD) report is outstanding.

According to allegations, on March 20 of last year, the accused arrived at the Sangster International Airport in Montego Bay and failed to declare on the immigration/custom C5 form that he had visited Brussels, Belgium.

As a result, on March 23, summonses were prepared for breaches of the Immigration (Restriction of Commonwealth Citizens) and Perjury Acts and duly served on Bryan. According to the allegations, Bryan on receipt of the summonses which were read over to him, accepted them and said, “Respect boss”.Similar summonses were prepared and served on Sheilds who after hearing the content, reportedly said, “No problem bossy, I will have to just explain to the court what happened”.