A God-approved union between best friends 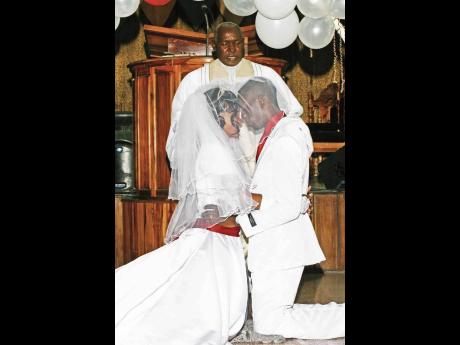 Contributed
Musa and Chaneika Laing on their wedding day. 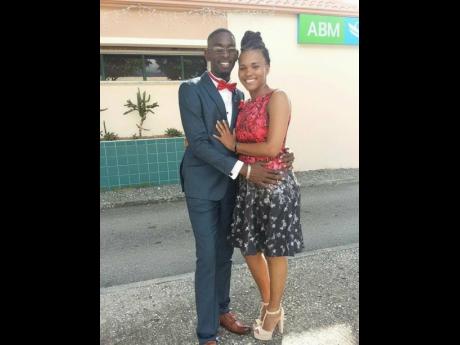 It was a simple prayer request that induced what is now described as a God-approved union between two best friends.

Musa Laing had just ended a five-year long relationship and was attending Bible college in January 2011 when he met Chaneika, who would later become his soulmate.

So the Sunday night after a street meeting, a couple of us were in the cafeteria and she walked up to me (though I was extremely shy) and said, ‘My yute, mi a go waan you fi pray fi mi.’

Let’s just say that after the prayer, we sat and spoke like two best friends who didn’t see each other for a while, which we couldn’t understand at the time.”

Laing told Family and Religion that he and Chaneika became prayer partners and friends who shared their personal struggles.

“We found that we started liking each other, but were scared because we had both come out of previous failed relationships,” he said, adding that the rest of their story is still unfolding.

Laing shared that the couple had received numerous confirmations from God about their intended nuptial; spiritual approvals that were also complemented by the realisation that as individuals, they shared the same vision and goals where family and ministry are concerned.

“We got confirmation through our prayer time and further through word of knowledge. We were extremely comfortable with each other and are each other’s safe space.

“In May 2011, we both went to a prayer meeting but separately, so no one knew that we were dating. There was a call for missionaries in a prayer circle. We both joined and the prayer changed to where we revealed that we were connected, and we needed to get married quickly,” Laing said.

He added that due to restrictions and certain circumstances, they did not get married at the time, as the Word from God had encouraged.

Describing the delay as disobedience, Laing sadly shared that his now wife got pregnant out of wedlock and that’s when, according to him, they were allowed to get married.

Nine years later and a million times stronger, the duo is inspiring many others to live God-led lives.

“What is special about our union is that we keep God at the centre of our marriage, and the bonus of marrying our best friend. Also, we are accountability partners. Plus, we are each other’s ‘dupes’,” he laughed before adding, “We are a walking example of God’s grace. We have been married nine years and still feels like we are honeymooners.”

Based on his personal experience with God and marriage, the now pastor of the Victory Family Centre has one piece of advice for singles who are now looking to get married.

“Marry in the will of God! As Christians, we realised that God’s standards are different from the world’s, therefore, we don’t marry for only likes but marry for purpose and exhibition of God’s kingdom, which He likens to his relationship with His bride (the Church). Too many young people are marrying with agendas except God’s agenda.

And to married Christians who are now struggling, he said, “There’s not one broken vessel that God can’t mend, but most times we allow our emotions to speak louder than the Holy Spirit. We tend to look at the flaws of our partner and instead of covering with love, we highlight the negatives. We should start practising the definition of love that comes in 1 Corinthians 13 and listen to each other. Remember that verse 7 says: “Love bears all things, believes all things, hopes all things, endures all things.”