Bishop pens book on ‘The Kingdom of God’ 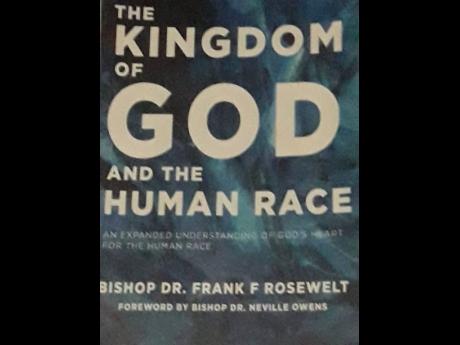 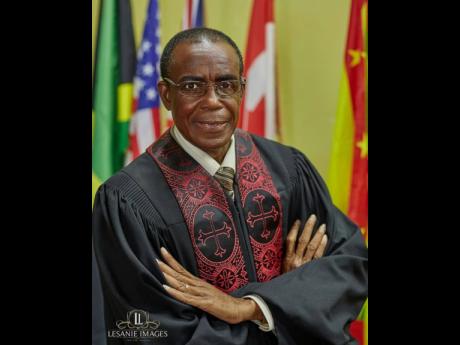 BISHOP DR Frank Rosewelt, who in seeking to increase the level of Christian living and building a deeper understanding of the Kingdom of God, has penned his first book titled The Kingdom of God and the Human Race.

In it, he makes a crucial distinction which he says believers must know – that being a part of the kingdom government of God is substantially different from being a member of a church.

Driven with this passion, he is hoping his book will see believers empowered to enforce their rights as a citizen of the government of God where the authority to exercise dominion by ruling and reigning in the earth is paramount.

The book also seeks to unravel several cornerstones and establish fundamental tenets that are vital to serve as a radical alternative to the ills of today’s religious marketplace.

Among the topics touched in the book are the Great shift, the Holy Spirit and the Kingdom and the nature of the Kingdom of God, presented with clarity to establish a solid framework to fortify the faith of the believer and engage the unbeliever to step into this dimension of experiencing the very essence of Kingdom reality.

In an interview with Family & Religion, Rosewelt, sharing on his inspiration in penning the book said he wants readers to understand and get a clear understanding of the message of Christ, which is the Kingdom of God or as understood by theologians, “the kingdom of the heavens”, and that a kingdom is a government and not a religion.

Rosewelt also shared that Christianity is not a religion, but the extension of the heavenly kingdom government of God operating on earth to restore the human race to its exalted place in the purpose of God, and to fix and ultimately replace what has been broken and made dysfunctional by the demonic kingdom of darkness. His passion in pushing the message came from what he describes as an ‘awesome encounter’ with God which totally changed his life about 40 years ago.

“My whole life has been revolutionised and transformed to become more purposeful in a remarkable way. The years that followed my conversion, I felt the call of God to tell others of the great love and goodness of God,” he said, adding that, in preparation for ministry, he attended the Caribbean Wesleyan Bible College for four years before establishing the International Worship Center & Faith Ministries in 1998.

Still sharing on his passion, he said it resulted from the fact that the greatest message that anyone can hear is that the Kingdom of God has arrived on planet Earth, and the revelation that all of mankind was created by God, with the capacity and ability for reactivation through the new birth to the image and likeness of God.

“Therefore, this message of the kingdom is for the entire human race,” he said.

With that book now out, Bishop Rosewelt is now focusing on doing research on the second coming of the great God to planet Earth.“There are lots of books written on the subject, but not many from the perspective of the kingdom of God,” he said.

The Kingdom of God and the Human Race is now available on Amazon.