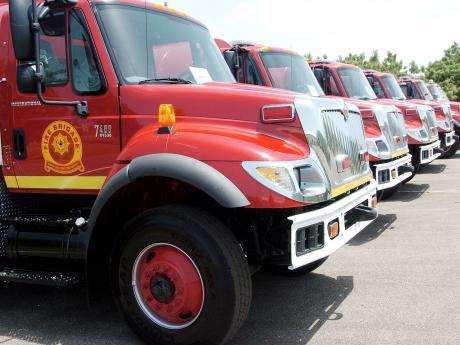 It is anticipated that for the new fiscal year, the acquisition of 30 fire pumpers will be completed.

The fleet of the Jamaica Fire Brigade (JFB) is to be boosted with the addition of fire pumpers in the new fiscal year, as the Government continues to equip the fire service to adequately respond to emergencies.

A sum of $1.9 billion has been earmarked for the project in the 2021/22 Estimates of Expenditure, tabled in the House of Representatives by Minister of Finance and the Public Service, Dr Nigel Clarke, on February 18.

Over the last four years under the project, six fire pumpers were procured.

It is anticipated that for the new fiscal year, the acquisition of 30 fire pumpers will be completed.

The fire pumpers will be provided under the Acquisition of Fixed Assets Project in the Ministry of Local Government and Rural Development.

The objective is to increase the fleet and capacity of the JFB to enhance emergency response.

The project is slated to be completed in March 2022 and is being financed by the Government of Jamaica.